Brrr! Some schools close as extreme cold grips US Northeast

A mass of arctic air swept into the Northeast on Tuesday, bringing bone-chilling sub-zero temperatures and closing schools across the region for the second time in less than a week.
Listen now to WTOP News WTOP.com | Alexa | Google Home | WTOP App | 103.5 FM
(1/17) 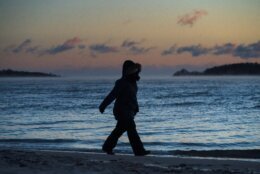 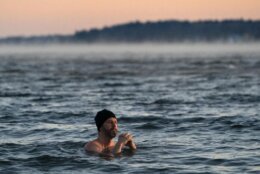 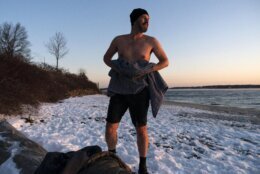 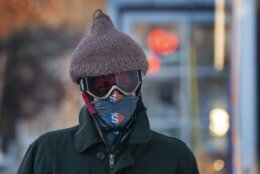 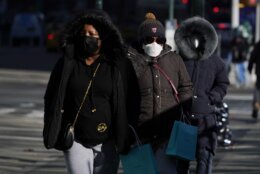 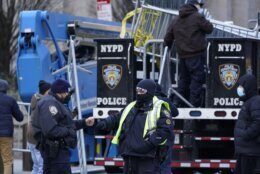 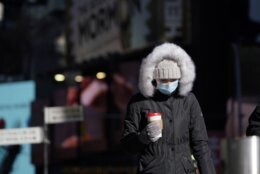 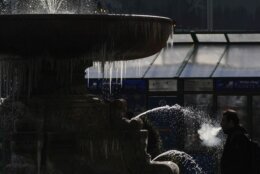 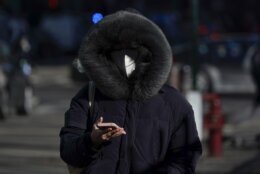 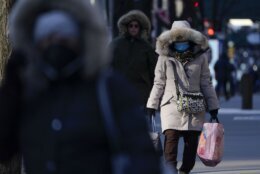 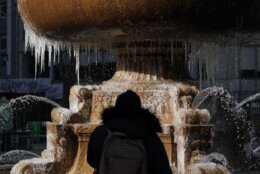 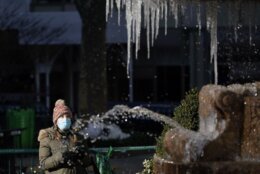 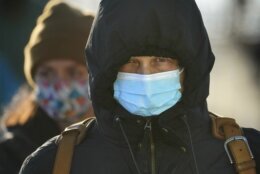 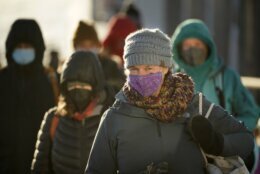 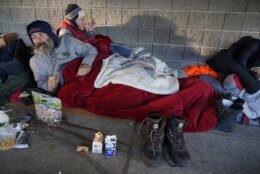 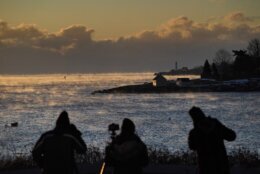 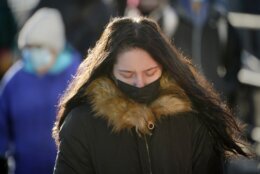 A mass of arctic air swept into the Northeast on Tuesday, bringing bone-chilling sub-zero temperatures and closing schools across the region for the second time in less than a week.

High temperatures were not expected to make it out of the teens and 20s in most spots, with single digits in many areas, especially northern New England, according to the National Weather Service. But things felt even worse because of the wind, which made it feel below zero for many.

Schools in Massachusetts’ three largest cities — Boston, Worcester and Springfield — canceled classes, saying they did not want children standing outside for extended periods of time waiting for buses.

“There has been an increase of covid with transportation personnel, which would result in buses running up to 30 minutes late,” according to a tweet from the Worcester public schools. “The safety of our students and staff are always the focus of our decisions.”

Low temperatures can result in frostbite to exposed skin in as little as 30 minutes, according to the National Weather Service.

For parents who had to work, the YMCA of Central Massachusetts provided a safe, warm place for their children.

“Anytime there’s school closures we open up our all-day programming so that parents can still continue to work and have the children at our location,” President and CEO David Connell said.

Syracuse, New York, Manchester, New Hampshire, and Burlington, Vermont, were among communities that also closed public schools. The closures came just a few days after many school closed because of snow Friday.

Some COVID-19 testing sites in New Hampshire and Massachusetts closed in response to the cold, and warming centers opened across the region for people who needed temporary shelter from the bitter temperatures. Rhode Island opened warming centers across the state and in Boston, Mayor Michelle Wu reminded residents that the city’s network of public libraries were open for people looking for a place to warm up.

Some people took the cold in stride.

“We live in the Northeast in winter — it goes with the territory,” said Michael Davis as he walked his dog in Brooklyn on Tuesday morning.

Others struggled, despite new winter gear.

“I bought this really expensive coat on Amazon, and it’s the best purchase I’ve ever made, but it’s not enough,” said Katie Cronin, who was also in Brooklyn.

The frigid cold was the likely cause of a water main break in downtown Boston that forced street closures and turned the area into an icy mess, a spokesperson for the Boston Water and Sewer Commission said.

The freezing temperatures were caused by a pocket of cold air descending from Canada, but the good news is that it is expected to be a short-lived cold spell, said Bill Simpson, a meteorologist at the National Weather Service’s Norton, Massachusetts, office.

“We’re getting an arctic cold front with northwest flow, quickly switching to a southwest flow,” he said, adding temperatures are expected to rise to around 40 degrees Fahrenheit (4.5 C) in the Boston area later in the week.

Wind chill temperatures in areas near lakes Erie and Ontario in New York state were expected to drop as low as minus 30 degrees Fahrenheit (minus 34 Celsius). To make matters worse, parts of the state were expected to be hit with up to 2 feet (0.6 meters) of lake-effect snow and winds gusting up to 40 mph (64 kph).

The high temperature in Vermont on Tuesday was expected to be several degrees below zero in some areas with wind chills of up to minus 35 (minus 37 C).

In New Hampshire, it was minus 26 degrees (minus 32 C) atop Mount Washington — known for its weather extremes — with a wind chill of nearly minus 72 (minus 58 C) as of 8 a.m. That was actually warmer than earlier in the morning.

The Mount Washington Observatory posted a photo on Facebook of a frozen plate of spaghetti supporting a fork.

Temperatures dropped into the single digits Fahrenheit in many areas of Massachusetts, with the wind chill making it feel well below zero.

The Bureau of Motor Vehicles branch in Bangor, Maine, where the wind made it feel minus 17 degrees (minus 27 C), was temporarily closed due to lack of heat but reopened later in the day.

Central Maine Power encouraged customers to weather strip windows and open drapes to let in heat from the sun and allow sunlight to reduce reliance on electricity, and warned people to be careful when using space heaters. A malfunctioning electric space heater was blamed for a fire Sunday in New York that killed 17 people.