Foreign college athletes left out of rush for NIL windfall

STORRS, Conn. (AP) — UConn forward Dorka Juhasz, like many of her teammates, was excited when she heard college athletes would be allowed to make money through celebrity endorsements and other means.

The problem? Juhasz, who is from Hungary, is among the more than 12% of college athletes in the U.S. from a foreign country — including more than 3,000 Division I athletes — the vast majority of whom are at school on F-1 student visas, according to the NCAA.

Those visas prohibit students from working off campus except in rare authorized exceptions, such as participating in an internship or work in their field of study, said Leigh Cole of Dinse P.C., an immigration lawyer who works with education clients and employers. On-campus work is limited to 20 hours a week or full-time during the summer and breaks, she said.

“If the school finds out that one of their international student-athletes has been doing side jobs, making money off their name, image or likeness, the school is legally obligated to terminate their visa,” she said. “It has drastic consequences.”

Juhasz and other international students say they have been told not to accept any NIL deals because of that possibility.

“Back in Europe, everybody is getting paid for playing basketball, and obviously over here it’s not the same thing,” she said this month. “It was kind of disappointing, because we thought (NIL) was going to be equal opportunity, kind of. We thought there would be a chance for us to show ourselves, show our brand and build our brand.”

Juhasz, a senior transfer from Ohio State, is among three Huskies on F-1 visas, along with Nika Muhl, who is from Croatia, and Canadian Aaliyah Edwards. Their coach, Geno Auriemma, points out they are among a majority of his players who are not getting NIL deals.

“But, the international kids don’t even have an opportunity to see whether anybody wants to do anything with them or not,” he said. “So, should they be treated like everybody else? Of course they should.”

The U.S. policy for enforcing student visa rules was formalized after the Sept. 11 terrorist attacks 20 years ago in an attempt to make sure foreign nationals are actually in the country for the reason it states on their visas, legal experts said.

U.S. Sen. Chris Murphy, a Connecticut Democrat, said he believes Congress should carve out an exception to the work rules for student-athletes. He also has called for a federal law allowing all college athletes to make money that goes beyond the NCAA’s decision July 1 to allow the current compensation based on use of an athlete’s name, image or likeness.

“There is something flat out wrong with an industry that makes billions of dollars a year while many of its athletes can’t afford to put food on the table or buy a plane ticket for their parents to see them perform,” he said. “At a minimum, all college athletes deserve the ability to use their own name, image, and likeness how they see fit, and that includes international athletes who shouldn’t need to worry about losing their visa status and ability to pursue higher education in this country to benefit as well.”

Most athletes are not making big money from NIL compensation, according to Opendorse, a company that helps athletes navigate the NIL landscape. The median for all DI student athletes between July 1 and Nov. 30 was just $6 per month.

But for those who actually land an NIL deal, the average compensation was $1,256, or $250 a month, said Blake Lawrence, the company’s chief executive officer.

“That doesn’t sound like much, but when you are student athlete, especially if you’re from a foreign country, an extra $300 a month, that’s some level of significance,” he said.

UConn star Paige Bueckers, who has signed lucrative endorsement deals with the Gatorade and clothing marketplace StockX, said she is well aware that she is being given opportunities that are not available to her international teammates.

“It hasn’t affected our chemistry at all,” she said. “But obviously, the people who can get those opportunities, I want to share that with them, share stuff from my deal with them. Anything we can do to make them feel like they have the same opportunities. I know I think they’re fighting it. It should be changed. Anything I can do to help them, that’s what I want to do.”

The NCAA said it is possible for athletes making money through NIL to gift some of that to their teammates.

“First, the school would have to confirm whether the NIL activity is permissible under the current NIL policy,” said Saquandra Heath, an NCAA spokeswoman. “If it is permissible, then a student-athlete can give a reasonable gift to a teammate, provided it is given under the normal circumstances of a personal relationship/friendship. The gift should be consistent with what other students who are friends might gift to one another.”

There may be some other loopholes.

For example, experts say if Juhasz gets an NIL deal in Hungary, does the work in that country and is paid outside the United States, that probably wouldn’t be a problem, experts said.

Lawrence said students who sign a “passive” NIL deal — meaning they aren’t making a television commercial or running a camp, just signing an agreement allowing their name to be used on something like a T-shirt — might be OK if they sign the document in their home country. He said he knows of several athletes from Canada who travel back home to make social media postings so they aren’t in violation of the U.S. visa laws.

Still, Peter Schoenthal, who runs the Athliance, another firm that helps schools navigate compliance with NIL rules as well as state and federal laws, said the system is so confusing that most schools tell international students to avoid all NIL opportunities to prevent any possible violation.

Meanwhile, international students remain on the outside looking in, which is frustrating to players such as Florida punter Jeremy Crawshaw, who is from Australia.

“It kind of is, because I’ve had a few people come and ask,” he said. “But, I mean, life goes on with or without it. As long as I’m here and playing football, I’m really over the moon.” 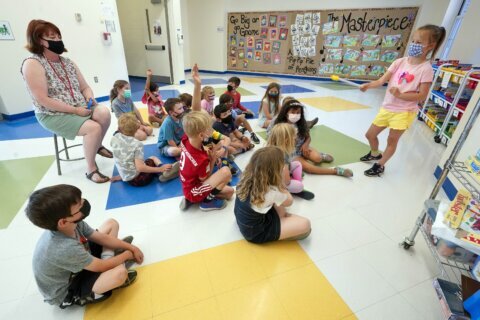 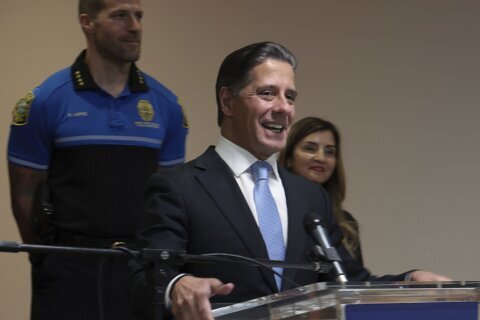