PHILADELPHIA (AP) — A man faced murder and other charges Tuesday in the shooting death of a colleague at the…
Listen now to WTOP News WTOP.com | Alexa | Google Home | WTOP App | 103.5 FM

PHILADELPHIA (AP) — A man faced murder and other charges Tuesday in the shooting death of a colleague at the Philadelphia hospital where they both worked and the subsequent wounding of two officers in an exchange of gunfire near a school.

It’s unclear whether Hayes has an attorney who could respond to the charges; telephone numbers listed in his name weren’t functioning Tuesday.

Hayes was wearing scrubs when he shot James, of suburban Elkins Park, on the ninth floor of Thomas Jefferson University Hospital just after midnight Sunday, authorities allege. James, a nursing assistant, was pronounced dead shortly after 1 a.m. Monday. Early media reports said Hayes was a nurse or nursing assistant, but the hospital has not confirmed his job description.

The gunman fled in a box truck, and just before 1:30 a.m. Monday police responded to a report of gunfire in west Philadelphia’s Parkside neighborhood near the School of the Future on the edge of Fairmount Park.

Police found the suspect in body armor and with weapons including a rifle and a handgun, police said. He opened fire, and four officers returned fire, critically wounding him in the upper body and neck, police said.

Police said one of the wounded officers had an elbow injury requiring surgery, while another was grazed on the nose.

Chief Inspector Frank Vanore told The Philadelphia Inquirer that it’s unclear whether Hayes was supposed to have been working at the time, but detectives believe he used an employee entrance. Investigators are still trying to find out why he might have targeted his co-worker, he said.

“We have not discovered any hostility between them, or any issues that we can point out,” Vanore said.

James, also a part-time barber, was described as a family man who worked two jobs to support his three kids, and as a jokester with a talent for bringing people together around his barber’s chair, the Inquirer reported.

Jefferson Health issued a statement Monday afternoon saying weapons are barred from its campuses and vowing “a thorough review” of safety protocols. Counseling will be available to employees and patients, the company said. 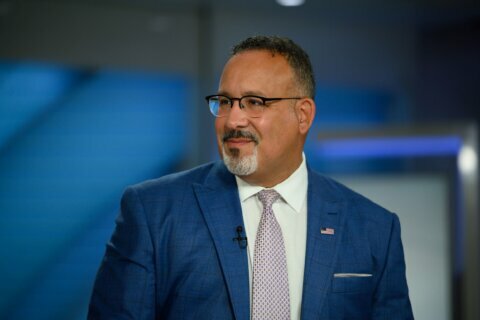 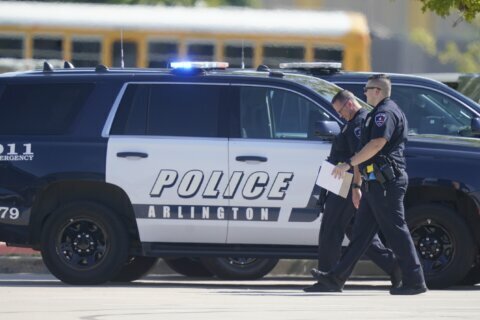