High schoolers are returning to classrooms this fall, and even though the new school year is just getting underway, a big decision now looms large on the horizon: finding the right college.

One resource for choosing schools has been U.S. News & World Report’s Best College rankings. The 37th edition was released on Monday, and the valedictorian among American universities remains Princeton University.

Columbia University, Harvard University and the Massachusetts Institute of Technology — which were near the top last year — all tied for second in this year’s rankings. The rest of the top 50 showed little change as well.

Some of the region’s major schools, though, earned good marks, too. Johns Hopkins University was ranked ninth overall, while Georgetown University placed 23rd and the University of Virginia placed 25th.

And among “best values” in national universities, the three regional standouts were D.C.’s Gallaudet University (12th), Johns Hopkins (16th) and the University of Virginia (31st).

U.S. News gathered data from and about more than 1,800 schools, and ranked more than 1,400 of them in several areas.

In addition to its nationwide rankings, U.S. News also took a look at how schools compared with others in one of four regions.

Loyola University Maryland ranked fourth among best universities in the north, while James Madison University and Christopher Newport University, both in Virginia, were ranked third and sixth, respectively, in the south.

One new element of the latest rankings is an evaluation of the nation’s best undergraduate nursing programs. And while the overall standout among the nearly 700 ranked was the University of Pennsylvania, a few institutions close to home also did well.

You can check out the complete list of U.S. News’ Best College rankings on the U.S. News website. 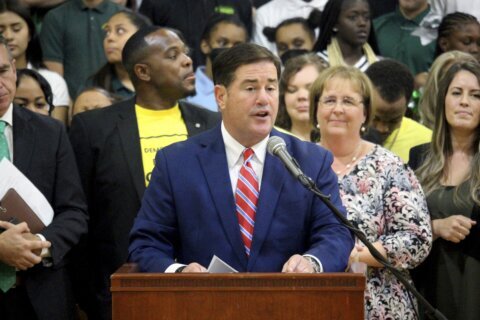