PHOENIX (AP) — A contentious sex education bill that was vetoed by Arizona Gov. Doug Ducey last month is being revived, with the sponsor keeping what she called “the heart” of the proposal, increased parental notifications, but stripping out provisions that specifically targeted discussion of LGBTQ issues.

Republican Sen. Nancy Barto said she worked with Ducey’s office to identify and remove the parts he considered problematic, especially a provision that would have prevented young students from being taught how to avoid or report sexual abuse. The revised bill still bans sex education classes before 5th grade, but allows age and grade appropriate instruction on child assault awareness and abuse prevention.

Also stripped out of the vetoed legislation are specific references to any discussion of sexual orientation, gender identity HIV/AIDS issues, which required a double parental opt-in under the original proposal. But a requirement that schools get permission from parents to discuss sexual issues in any other class remains. That would bar discussions of historic events like the 1969 Stonewall riots in New York, considered the genesis of the modern gay rights movement, without parental approval.

“ HB 2035 implements the transparency and accountability provisions from SB 1456 while addressing his concerns with the bill — including that the language could be interpreted to ‘stand in the way of important child abuse prevention education in the early grades for at risk and vulnerable children,’” Barto said in an emailed response to a request for comment. ”That was certainly not my intention.”

The proposal is set for a hearing before a Senate committee Barto chairs on Thursday. The previous version that was vetoed by the Republican governor last month passed the state House and Senate along party lines, with all Democrats opposed.

In his veto message, the governor called the legislation overly broad and vague and said it would have unintended consequences. He also said he was concerned the ban on sex education before 5th grade could put vulnerable children at risk by limiting sexual abuse prevention education.

At the same time, the Republican issued an executive order adopting some of the transparency portions of the measure, including requiring schools to post sex ed curricula online and provide extensive notice of school board meetings where sex ed is to be discussed. Barto’s new version puts those parental notifications provisions into law.

Democratic Sen. Tony Navarette of Phoenix, who sits on the committee that will hear the bill and is openly gay, said the revamped proposal is still troubling. He said the workaround for teaching young children about sexual abuse is fraught with potential problems and the ban on talking about issues outside of sex ed classes without parental permission is especially concerning.

Arizona already has some of the most restrictive sex education laws in the country, with no requirement that schools teach the subject. It is one of just five states that require schools to get parents’ approval to take a sex ed class; most allow parents to opt out of instruction, according to the National Conference of State Legislatures.

Arizona is among several Republican-led states where lawmakers considered similar changes to sex education this year. It comes amid other efforts pushing back on social changes, including legislation in some states to ban transgender athletes from competing on school teams of their identified sex, according to the Guttmacher Institute, a reproductive rights group that tracks such legislation. 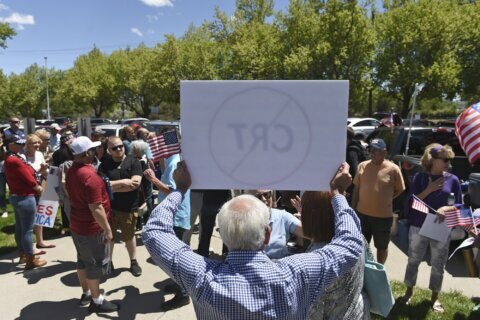