FORT LAUDERDALE, Fla. (AP) — The South Florida school superintendent overseeing Parkland schools has offered to resign amid continuing criticism over the 2018 mass shooting there and a perjury charge from a statewide grand jury.

Robert Runcie said late Tuesday he was willing to step down, just hours after he released a video statement saying he would be cleared of perjury and would not resign. The district’s top lawyer also said Tuesday night she would resign. Both were indicted by a grand jury last week.

Runcie filed a written plea of not guilty Wednesday.

Runcie told the board Tuesday night that he was ready to resign after a majority of members said they wanted to either place him on leave or fire him.

“I cannot put myself above the needs of our district,” he said. “We’re unfortunately in a climate where forgiveness, compassion and love have far too often taken a back seat to grievance, anger and hate.”

Runcie, 59, has led the nation’s sixth-largest school district for nearly 10 years and had been lauded for closing the achievement gap between white and minority students. He had also been named superintendent of the year multiple times by both state and national organizations.

But he faced intense criticism after the Valentine’s Day shooting at Marjory Stoneman Douglas High School in Parkland in 2018. Seventeen people were killed, and the parent of one victim and the wife of another now serve on the school board.

Board member Lori Alhadeff, whose daughter Alyssa was killed, has been one of Runcie’s toughest critics, asking the board to fire him in 2019. That vote failed 6-3.

“I know you’ve been in enormous amounts of pain that none of us can ever imagine,” Runcie told Alhadeff on Tuesday night. “I guess I’m part of the source of that in some ways. If it’s going to give you the peace you’re looking for, I will step aside.”

A grand jury, originally impaneled to review school safety after Parkland, expanded its reach and examined a $17 million technology deal, leading to the indictment of former district administrator Tony Hunter on charges of bribery and bid tampering, the South Florida SunSentinel reported. Contracts for interactive flat screen TVs went to a friend and future boss of Hunter who had sold him cars and a house at a discount.

Runcie was accused of committing perjury while testifying about the technology deal.

The video statement released by the superintendent earlier Tuesday repeated a suggestion by his attorney that politics was behind the indictment and he would be vindicated. Republican Gov. Ron DeSantis came into office pledging to hold Runcie accountable for the Parkland shooting. DeSantis ordered the grand jury that eventually indicted him.

Barbara Myrick, who was arrested on a felony charge of illegally disclosing information from the grand jury, decided to resign.

The board will meet Thursday to discuss their separation agreements and decide who, if Runcie’s resignation moves forward, will lead the district. Runcie makes $356,000 a year and would be entitled to $137,000 in severance. Myrick, who is paid $220,000 a year, would earn $84,615 in severance.

Runcie’s lawyer, Johnny McCray, told the SunSentinel his client’s anticipated resignation was not part of a negotiation to resolve the criminal charge.

“We intend to continue fighting these charges, and as he said earlier today, he will be vindicated.”

The school district is expected to continue to pay the legal fees for Runcie and Myrick. If they are convicted, they would be expected to repay the district, said Marylin Batista, a district lawyer.

“Traditionally the district has always paid for representatives of school district employees who’ve been charged with criminal or civil processes” when it’s related to their jobs, Batista said.

Board member Laurie Rich Levinson, an ally of both Runcie and Myrick, said she was saddened by their likely resignations.

“What happened here has nothing to do with our children, but Mr. Runcie is not putting himself above the needs of our children,” she said.

Board member Debra Hixon, whose husband Chris died at Parkland, she she has never blamed Runcie or the district for the shooting.

“My issue is what happened after,” she said.

She tearfully urged a fractured board, often divided 5-4 on issues surrounding Runcie, to come together. “We can’t continue to be divisive and let it be about Feb. 14,” Hixon said. 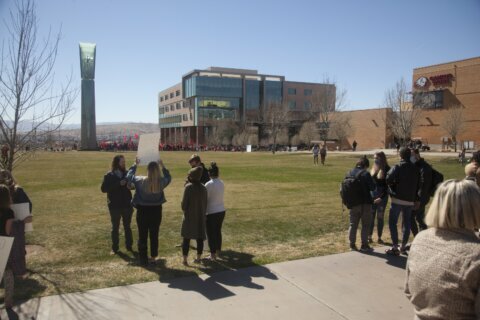 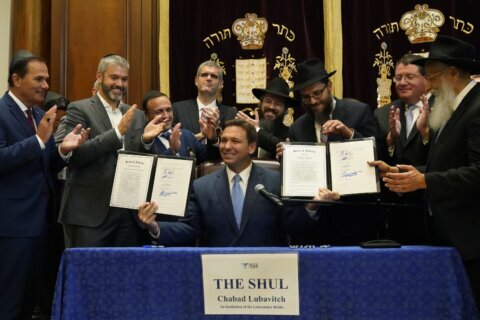