The proposed 2022 fiscal year budget for Prince William County Public Schools includes a 2.8% step increase as well as a 1% cost-of-living adjustment for staff. All told, the system’s operating revenue would increase by 2.4% — or $29 million — over the current fiscal year.

The budget summary was presented to the school board by Superintendent Steven Walts and other division staff Wednesday night, though no questions were taken at the preliminary meeting and the budget won’t be approved by the board and submitted to the Board of County Supervisors until mid-March.

The proposed $1.33 billion budget projects an increase in county funding of over $29 million, nearly $19 million more from the state government, and an almost $2 million increase from the federal government.

But the division’s beginning balance for the next fiscal year — which includes reserves set aside in previous years — would be almost $23 million below the previous fiscal year, negating the state and federal allotment increases.

Last budget cycle, Walts had to cut roughly $36 million between his proposed budget in February and the adopted budget in May following the onset of the COVID-19 pandemic.

“Last year, I presented a plan for our school division that focused on positioning us for student growth and focused on equity and academic achievement,” Walts told the school board. “Then, much like a boxer in the ring, together we took some hits that briefly tried to knock us off our stride. Through the incredible hard work of all our employees, and through collaboration with our students and families, together we found our footing.”

Following the budget presentation, board members briefly discussed the potential for bringing middle and high school students back into classrooms next month, but deferred any action on the matter until their next meeting Feb. 17.

In October, the school division reported that enrollment had dropped by nearly 2,500 students compared with 2019, the first time in years that enrollment had fallen in a rapidly-growing county. Walts’ proposed budget projects a decline of 1,057 students from the prior budget, which would result in $13 million less in per-pupil allocations. But it also includes $1 million to start planning for a full-time virtual high school even once the pandemic is over. Walts did not offer specifics on the idea Wednesday night.

“As we have learned from the pandemic, virtual learning can be beneficial for some students, along with the flexibility that it can offer,” Walts said Wednesday. “This investment will help us build upon lessons learned and bring further choices to our students.”

But with per-pupil allocations falling along with enrollment, the division’s cost per pupil has continued to rise. The proposed budget projects a $13,408 per-student cost, up from $12,641 in the current fiscal year. In the 2011 budget, the per-pupil cost to the division was $9,577.

“This budget continues and expands our wrap-around support in a number of ways. As we have learned during the pandemic, supporting the mental health and wellness of students and staff is crucial,” Walts said.

Later in the month, public hearings will be held on the proposed budget as well as the division’s Capital Improvement Program, followed by board work sessions from the end of February and into March. Once the school board approves the budget and submits it to the Board of County Supervisors, the county has until the last week of April to approve it. 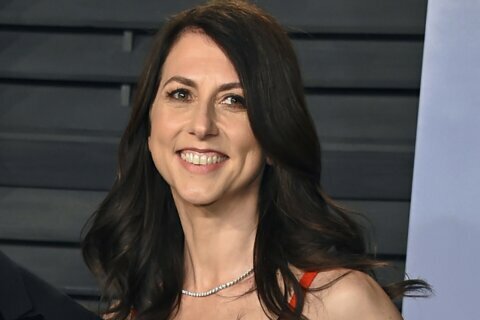 At the NBA All-Star Game, HBCUs will take center stage