Union leaders for teachers at Prince George's County Public Schools hope to force change in the school system by asking teachers to conduct only the work they are contractually obligated to do starting Monday.
Listen now to WTOP News WTOP.com | Alexa | Google Home | WTOP App | 103.5 FM

WASHINGTON — Union leaders for teachers at Prince George’s County Public Schools will launch a job action starting Monday that they hope will force change in one of the nation’s largest school systems.

The union is urging teachers to conduct only the work they are contractually obligated to do, no extra work and no volunteer activity.

“We plan on working to rule for at least the next two weeks and, if necessary we will continue on,” said Theresa Mitchell Dudley, president of the Prince George’s County Educators Association.

Mitchell Dudley said the union is protesting a lack of accountability in the school system, recently exemplified by what the union calls “secret pay raises” doled out in the central office.

The union also charges that several guidance counselors at DuVal High School are being unfairly disciplined for grade manipulation, which the union alleges was done at the behest of the central office.

Prince George’s County Public Schools is under state monitoring for a grading scandal in which one of four seniors may have graduated without meeting state requirements.

“Every time one of these scandals erupts, there are no checks and balances where the school board can check the CEO,” Mitchell Dudley said.

The union complains that there has been a lack of accountability since a 2013 state law reduced the power of the elected school board and invested the power in the school system’s CEO, appointed by the county executive.

“We’ve asked our members to meet each other in the morning in the parking lots, walk in when it’s time to go to work and when our 7 1/2-hour duty day is done they get to leave,” Mitchell Dudley said.

Kevin Maxwell, the Chief Executive Officer for Prince George’s County Public Schools, sent a letter to school principals on Friday advising them of the union’s work-to-rule job action and warned that some teachers might also conduct a “sickout.”

“Although PGCEA has stated it does not support an ‘organized sickout,’ some employees are planning a ‘sickout’ on Monday,” Maxwell wrote.

Mitchell Dudley made no mention of any plans for a “sickout” with WTOP on Saturday.

The school system said any sickout would violate Maryland law.

This story was updated at 5:46 p.m. to reflect a message from Prince George’s County Public Schools CEO. 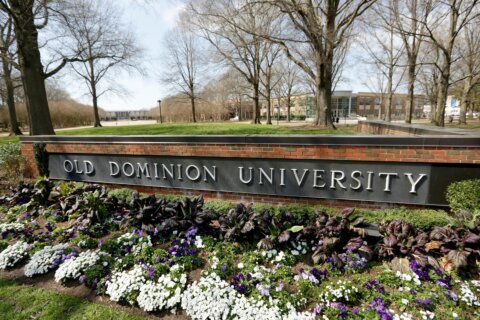