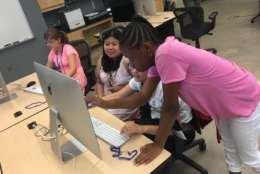 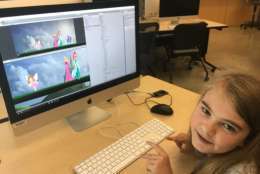 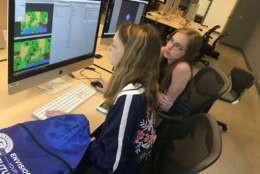 WASHINGTON — For many kids, summer break is a time to goof off. But some D.C.-area middle school girls just wrapped up a weeklong program focused on building computer science skills.

“There are other camps with boys and girls, but the one that we’re doing is special for girls only because they want to get girls interested in coding and making video games,” said Gwen Switkes, 12, of Ronald Reagan Middle School in Haymarket, Virginia.

Did they accomplish that? Gwen thinks so. “There are quite a few of us who are interested and want to pursue this as a career,” she said.

Phylisha who attends Walker Mill Middle School in Upper Marlboro, Maryland, said that over the years, she’s wanted to be everything from a doctor to a police officer and a fashion designer.

But the more she learns, she said, the more she’s leaning toward something involving science and technology.

“I think girls should get into it,” Phylisha said, “because girls can do anything they put their minds to — so if they wanted to do STEM [i.e., science, technology, engineering and math], they could probably do gaming.”

A good example of that, Potter said he just observed at the airport while watching a family that was on the plane with him.

“When the plane landed and they walked off, the dad took the two girls and walked [off] the plane and the mom took the two boys up to meet the pilot,” he said.

“And, as a father of two girls, I’m [thinking], maybe your girls would be interested in aerospace or aviation?”

Potter said his two daughters inspire his efforts to get more girls interested in STEM.

“I’m the proud father of one daughter who just finished her freshman year in civil engineering,” he said, “and my youngest daughter, who’s a rising high school junior, is thinking that biomedical engineering is for her.”

Potter said he thinks there’s a lot of opportunity for young women who consider what they can bring to STEM-related professions. 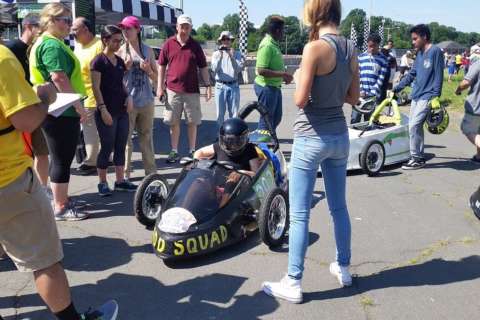