The RFK stadium parking lot was transformed into a racetrack for the fifth annual DC Electric Vehicle Grand Prix, a race that’s not about putting the pedal to the metal, but about teaching local high schoolers about efficiency.
Listen now to WTOP News WTOP.com | Alexa | Google Home | WTOP App | 103.5 FM
(1/10) 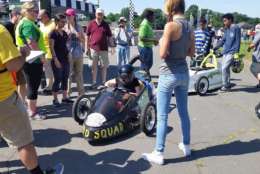 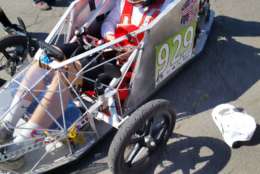 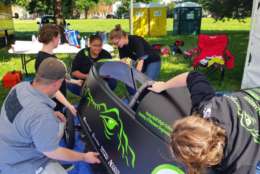 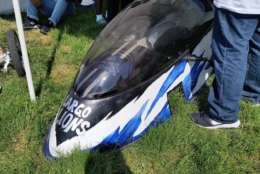 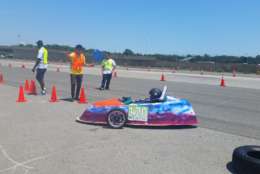 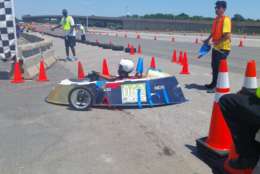 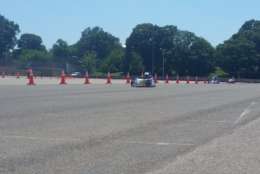 WASHINGTON — The RFK stadium parking lot was transformed into a racetrack for the fifth annual DC Electric Vehicle Grand Prix, a race that’s not about putting the pedal to the metal, but about teaching local high schoolers about efficiency.

At least 24 teams from 14 different high schools in the D.C. region designed and built their own vehicles based on race rules and standards. The winner is not based on speed, but on driving the electric car the farthest during a one-hour run on a closed track using only battery power.

Nabih Bedewi is one of the race organizers and works with Global EEE (education, energy, environment), a nonprofit that organizes competitions around the world that promote education, energy efficiency and environment consciousness. He said the Grand Prix’s purpose is to promote STEM education.

Bedewi said the competition actually starts a year before race day, when the students use their science, math and engineering talents to start designing and building their vehicles.

“The race itself is an efficiency race. The common factor to all the cars is the amount of batteries that they have. Everyone has 73 pounds of lead-acid batteries,” said Bedewi. “So the teams that do their strategy properly will end the race with practically nothing left and will have completed the most laps.”

Before the race, Jarred Tate, with the Largo High School team, said that it would be nice to take first place, but because it’s the team’s first year, he was not expecting that to happen. Tate just graduated high school and is heading to Tuskegee University in Alabama where he wants to study business advertising and aviation.

“I’ve never done anything thing like this,” he said. “The whole process was a memorable experience that I’ll take with (me) on to college and the rest of my life.”