Changes to school discipline in Virginia could ban suspensions for elementary school students for anything but drug or weapons offenses, and limit the use of long-term suspensions.
Listen now to WTOP News WTOP.com | Alexa | Google Home | WTOP App | 103.5 FM

WASHINGTON — Changes to school discipline in Virginia could ban suspensions for elementary school students for anything but drug or weapons offenses and limit the use of long-term suspensions.

The bills, introduced and supported by a bipartisan group of lawmakers, respond to concerns that Virginia is referring too many students to law enforcement for issues that could be handled in the classroom and that punishments for students can be too harsh.

Three proposals introduced in the House by Republican Dickie Bell of Staunton and in the Senate by Republican Bill Stanley of Moneta would restrict the length of long-term suspensions, require something more concrete than disruptive behavior before a student can face long-term suspension or expulsion, and ban most suspensions or expulsions for students from preschool through fifth grade.

The separate bill on elementary school suspensions would only allow children from preschool through fifth grade to be suspended or expelled if they are convicted or found delinquent in court, are caught with a gun or other destructive device at school or at a school activity, or who have any kind of illicit drugs at school.

Democrat Jennifer McLellan of Richmond, who just moved from the House to the Senate, expects the bills to advance, including the proposal to eliminate long-term suspensions or expulsions for disorderly or disruptive behavior that does not involve any credible threat of physical injury to another person.

“[Disorderly conduct] has become a vague catchall for ‘if you make us mad and we want to get you out,’” McLellan said. “I mean stories of a 6-year-old child sent to the principal’s office who, on his way out the door, kicked a trash can and was referred to law enforcement for disorderly conduct. These are stories we have heard across the state. That package does have bipartisan support.”

A separate bill proposed by Newport News Del. Michael Mullin, a Democrat, would limit when principals must refer school incidents to police. 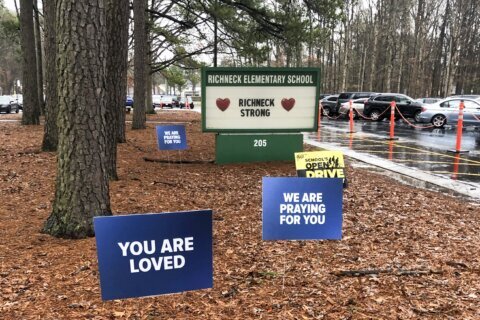