With just a few weeks before the start of school, some anxious parents have worried whether Loudoun’s newest high school will be finished in time.
Listen now to WTOP News WTOP.com | Alexa | Google Home | WTOP App | 103.5 FM
(1/19)

LEESBURG, Va. – With just a few weeks before the start of school, some anxious parents have worried whether Loudoun’s newest high school will be finished in time.

But on a special behind-the-scenes tour with WTOP, Riverside High School’s principal and the school system’s assistant superintendent responsible for construction, said they are confident there will not be any problems.

Principal Doug Anderson says he’ received questions from parents over the last week about whether the school will be ready, but he has reassured them the building in Lansdowne next to the National Conference Center will be ready to go for Loudoun’s first day on Aug. 31. The building is scheduled to open sometime this week, with the major paving projects scheduled to be completed sometime the following week.

“It’s the same model since Potomac Falls which was ’97, so you have a two-story academic wing over there, main hallway, auditorium and gym going back that way on this side,” he explains before entering the construction zone.

“I’m glad they left [the trees], it’s really pretty…really kind of makes the campus cool, particularly when you go down to the stadium, it’s completely ensconced in trees and it feels separate from everything, ” Anderson adds.

He expects to have about 820 students Aug. 31 along with about 85 faculty and staff. In a few years, once all four grades include full classes, the school is expected to have about 1,600 students each year.

Assistant Superintendent for Support Services Kevin Lewis says the massive project is under its $75.2 million budget right now, and will finish “very close” to that cost once final items are closed out.

Lewis says there will still be some construction work going on when most teachers report on Aug. 19.

As with all new high schools in Loudoun, Riverside will open with only freshmen, sophomores who live within the school’s boundaries, and those juniors who live in the area that have opted into the school.

Seniors this year, and juniors who choose to, are allowed to finish out their tenure at their previous schools.

Stafford County Schools are less confident in plans to open the new Stafford High School building on their first day of school, Sept. 8.

A Stafford schools spokeswoman tells InsideNoVa the system is “cautiously optimistic” that the building will be ready for the start of the year. If the school is not ready, students could be sent to other facilities.

In Loudoun, the interior of Riverside is largely complete, and the air conditioning is on. Many classrooms have desks already, science labs have some built-in equipment in place, and the library should have books on the few shelves it has by the end of the week.

“(The library) is not like your quiet area like it used to be, so it’s more of a – I don’t want to call it a social area because they’re all doing work but – it’ll be used by classes and by kids, say if they’re coming down to study hall and things like that, so it gets a lot of use,” Anderson says.

Even in a modern school with smartboards and other features, students still have lockers in the hallways.

Major work continues outside, including the main parking lot and bus loop.

Lewis says bio-retention swales under the parking lot will help protect the streams and wetlands on the property from polluted stormwater runoff.

Athletic facilities are also under construction. During WTOP’s tour Friday, the lines had not been painted yet on the gym floor, and a logo was just going down. Outside, the stadium bleachers and artificial turf are completed, but surrounding amenities and the rubber track were not yet done.

Lewis says the lights in the stadium have been left on throughout the process in order to test them. Tests  to keep athletes safe can only be done after the lights have been on for 100 hours.

The baseball and softball fields will not be done until fall.

Band and orchestra rooms and a black box theater for drama are completed inside. Some of the art, cooking and early childhood education facilities are being finished, but there are two kilns, stove tops and other features already installed.

The school had the community vote on colors, leading to blue, red and silver, and has voted on fight song music. Students will have the opportunity to write the lyrics.

Anderson says it’s “awesome” to be able to shape a school and traditions that will last for decades.

“That’s what I keep telling the kids, it’s really their school, and that’s one of the things that they get to do is create.”

Judge to hear arguments in challenge to foreign student rule 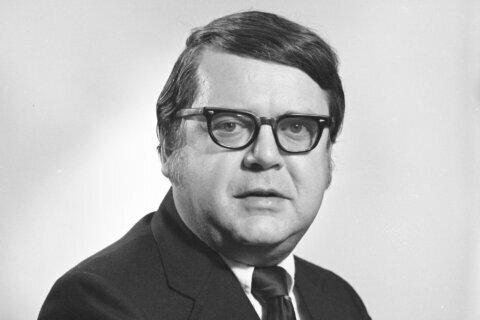 1st female alleges sexual abuse by U of Michigan doctor

Ole Miss is moving a Confederate statue to a less prominent spot on campus after a yearslong push by students, faculty