On Saturday, the DC Department of Parks and Recreation hosted a back-to-school backpack giveaway at Brentwood Recreation Center in Northeast. They also honored a departed leader and friend from their ranks.
Listen now to WTOP News WTOP.com | Alexa | Google Home | WTOP App | 103.5 FM
(1/6) 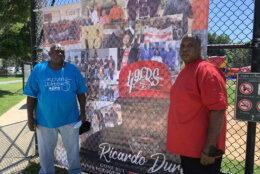 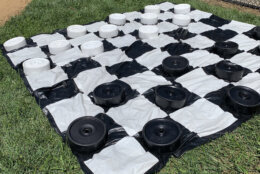 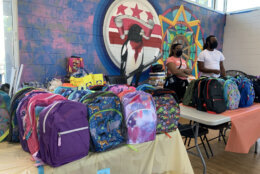 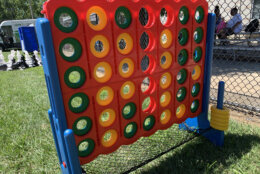 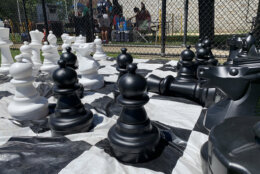 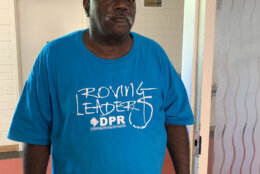 On Saturday, the DC Department of Parks and Recreation hosted a back-to-school backpack giveaway at Brentwood Recreation Center in Northeast. They also honored a departed leader and friend from their ranks.

At the Ricardo Duren Backpack Giveaway, District parents found a financial salve to ease the pains inflation has laid on their pocketbooks. The event was one of many that are part of the city’s Back to School Month celebration.

“It’ll be very helpful in getting them ready for school, which starts in a couple of weeks, so [I’m] very appreciative,” said Danielle, a parent who was waiting in line to get backpacks for her two sons.

Saturday’s event was named in honor of the man who had helped start the tradition.

Ricardo Duren had worked at DC Parks and Recreation until he passed away of a heart attack last year. The department, family and friends in the community took time this year to remember him.

“You don’t build a legacy on talking,” said Ricardo’s uncle, Lonnie Duren, who described his late nephew as a doer.

Ricardo’s brother, Cordell, felt the best way to honor Ricardo was to continue the tradition of “stepping up.”

“I just try to live on his legacy because he liked to give back to the community and help the kids out,” Cordell said. “Once he passed, I just stepped up and just said, ‘Well, I’m gonna start giving back more to the community because right now all the kids need love.”

In addition to the backpack giveaway, Ricardo also worked with the department’s Roving Leaders division, which aims to prevent violence among the city’s youth.

“This was his baby, this was his brainchild. He spearheaded this backpack giveaway in this community for 15 years,” said Danielle Hunter, the Roving Leaders manager.

There is an online sign up, but limited supplies means the backpacks are first come first serve. The packs have been curated in four different grade blocks: Pre-K, K-2, 3-5, 6-8 and grades 9-12.

There will be another event, the Roving Leader Backpack Giveaway, on Aug. 27 from 11 a.m. until 2 p.m. at the Kennedy Recreation Center in Northwest.