The sloped, granite Wall of Remembrance now holds the names of the over 36,000 U.S. service members who died during the conflict on the Korean Peninsula.
Listen now to WTOP News WTOP.com | Alexa | Google Home | WTOP App | 103.5 FM

A new addition to the Korean War Memorial in D.C. has officially opened to the public.

The sloped, granite Wall of Remembrance now holds the names of the over 36,000 U.S. service members who died during the conflict on the Korean Peninsula.

“It needed to be done,” said David Galnares, fighting back tears while staring at the new circling wall at the memorial. “I had an empty seat next to me and I just felt like he was there.”

His uncle Jose M. Galnares died at 22 in the Battle of Yondong in 1950. He had arrived in Korea only a month earlier.

“To see his name there is a whole different story. It really means a lot,” said Anita Aranda, Jose Galnares’ niece.

Their family took several etchings of his name.

Jose M. Galnares was one of the 29,857 names of U.S. Army soldiers who now has a place on the wall. The army accounts for the vast majority of deaths during the war.

Spread throughout the names of U.S. troops are nearly 7,100 names of KATUSA soldiers, Koreans who were that were folded into U.S. units fighting alongside American soldiers.

“This wall reminds us of the depths of their sacrifice, and instilled in us a call of duty to carry on their fight. The service members we are here today to honor stood their ground in battlefields so that future generations could live in a vibrant democracy,” said the South Korean Ambassador to the U.S. Lee Soo-Hyuck during the monument’s re-dedication.

Thousands gathered on the National Mall Wednesday morning for the Wall of Remembrance dedication ceremony.

Among them were dozens of Korean War veterans. They hope these added names will eliminate the moniker “The Forgotten War” that is sometimes used to refer to the the conflict in Korea.

“The Korean War was ignored— for political reasons it was ignored. But we never ignored it. Family and friends don’t come back. We can’t ignore it,” said Anthony Marra, a Korean War veteran who spent 25 years as an airman.

Jimmy Mayhue, another veteran who served as a chaplain’s assistant on the 38th Parallel came to see his brother-in-law’s name, which is on the wall.

“You don’t forget about the war. Known as the as the Forgotten War— it isn’t. It’s just been a little late getting all this done. It should have been done years ago,” Mayhue said.

Both Biden Administration National Security Adviser Jake Sullivan and Second Gentleman Doug Emhoff were present for the ceremony and laid wreaths at the memorial.

“As a grateful nation should, we commit to honor our nation’s Korean War veterans and all they made possible. We will continue to stand side by side with the Republic of Korea, and this Wall of Remembrance is a concrete and everlasting reminder of that promise,” Emhoff said.

Construction on the project began in March 2021. Over $22 million was raised through private donations for the project.

You can watch the dedication ceremony for the Wall of Remembrance below: 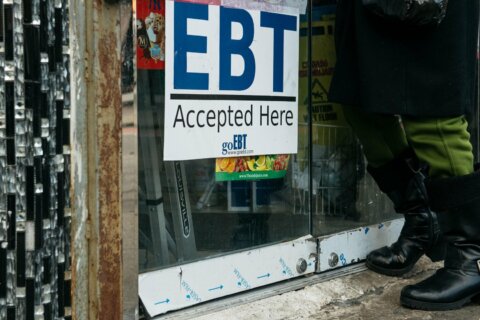 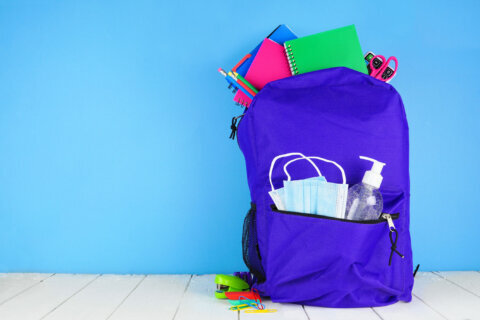