East of the Anacostia River, in D.C.'s Ward 8, efforts are underway to give neighbors something that residents in other parts of the city take for granted -- access to wooded nature trails.
Listen now to WTOP News WTOP.com | Alexa | Google Home | WTOP App | 103.5 FM
(1/4) 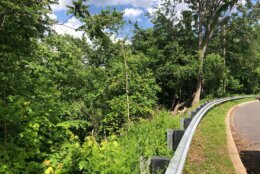 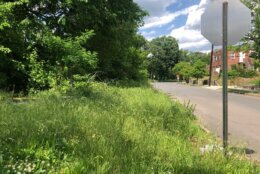 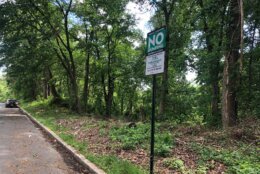 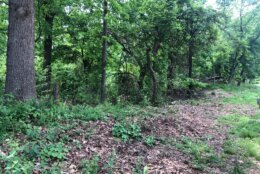 East of the Anacostia River, in D.C.’s Ward 8, efforts are underway to give neighbors something that residents in other parts of the city take for granted — access to wooded nature trails.

Nearly a quarter of D.C. is parkland, but it’s easier to commune with nature in other parts of the city than it is in Ward 8. There are 500 forested acres in Ward 8, including the 2-mile strip of woodland running along Route 295 known as Shepherd Parkway.

“Rock Creek Park has 25 miles of trails, Ward 8 has a mile-and-a-half, total. We have a lot of various people who don’t necessarily see the value in it because it hasn’t been taken care of, it hasn’t been made welcoming or accessible,” said Nathan Harrington, executive director of the Ward 8 Woods Conservancy, a nonprofit group devoted to improving the health, beauty and public enjoyment of the forested acres in Ward 8.

Harrington has been helping lead the effort to create a nature trail more than 3 miles long in Shepherd Parkway.

“This would be just a foot trail for walking, running, bird-watching, dog-walking, similar to all the ones you see in Rock Creek (Park) … we’ve actually been out in the woods, and we’ve mapped it, and we have a pretty good idea of where it would go. And we think we could raise a lot of private funds to support, maybe some D.C. government funds, but we need permission from the National Park Service,” Harrington said.

It’s no pipe dream. The National Park Service, which owns the land, released a concept plan in July 2020 that would improve visitor access to the woodland, which includes open spaces, vistas of the Potomac and Anacostia rivers and the remains of two Civil War forts that were part of the ring of 19th century fortifications that shielded Washington from rebel invasion.

“One of the neat things about the parkland in Ward 8 is that they’re really interlaced with the neighborhoods, but that means there are a lot of nooks and crannies and hidden spots that people have used for illegal dumping,” Harrington said. “You got to clean it up in order to make it the sort of place that people might want to take a walk through.”

For years, the group and its volunteers have been hauling trash out of the woods of Ward 8. And the nonprofit also employs a few park stewards, whose job it is to identify dumping locations and remove the trash.

“We do it for the city; we do it for Ward 8. That’s where we live at. It’s for the environment … I just take a picture, then send it to my boss, let him know where the dump’s at, and we come and clean it up,” said Curtis Wheeler, a park steward with Ward 8 Woods Conservancy.

Shepherd Parkway is not the only place where the Ward 8 Woods Conservancy hopes to create a nature trail — Suitland Parkway is another.

“Suitland Parkway is, of course, an actual road, but there’s about 100 acres of forest on either side of it, most of which belongs to the District government,” Harrington said. “We would like to see a trail along the whole northern flank of the parkway from Southern Avenue to Pomeroy Road; and it would run parallel to the existing bike trail, which is actually set to be renovated in the next few years.”