D.C. Mayor Muriel Bowser defended her record while three other Democratic hopefuls spelled out their positions in a 90-minute virtual debate Monday night.

The District’s Democratic primary for mayor takes place on June 21.

The mayor, seeking her third term, expressed pride in her programs, including COVID-19 testing.

“We were the first in the region and many places in the country to have free rapid-testing in our libraries across the District of Columbia,” Bowser said.

“These are a network of jobs that would be across the city that have different entry points based on the skill set. When we get people employed we’re going to see less violence in our city, less dependence on social service,” said Robert White.

Ward 8 Councilmember Trayon White criticized the city’s program of violence interrupters, charging that a lack of communication within the program and throughout the city is limiting results.

While Trayon White, Bowser and Butler favor the presence of police officers in the schools, Robert White is opposed and he defended the council’s vote to remove police from schools.

Trayon White and Robert White are not related.

Another area where 1 candidate stood in contrast to the other three is a home for the Washington Commanders football team.

“I am for bringing the team to D.C.,” said Mayor Muriel Bowser, who has offered the land where RFK Stadium stands for the team to build a new facility. While Trayon White and James Butler also favor returning the NFL franchise to the city, Robert White is opposed.

“The most urgent need in our city is for housing. And so when we have large parcels of land the best use for that land is not a professional football stadium for teams that play 8 home games a year,” White said. 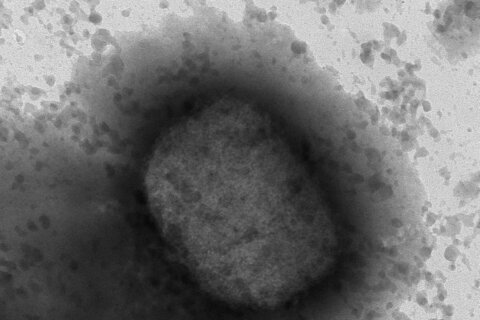