A DC neighborhood’s history explored in a new Smithsonian exhibit 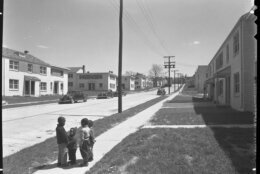 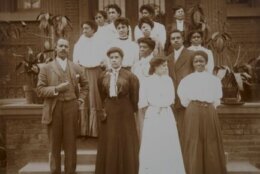 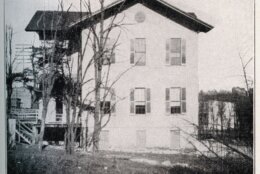 The African American neighborhood was created right after the Civil War. Curator Alcione Amos wrote a book about the area that inspired the exhibit called “Barry Farm-Hillsdale in Anacostia: A Historic African American Community.”

According to the Smithsonian, the Barry Farm-Hillsdale community was a self-contained, 375-acre site in D.C.’s Anacostia neighborhood.

It was once a strong, cohesive African American community that pioneered building schools, churches and civic organizations. The community thrived into the early 20th century.

“It developed into a strong African American community that was very active in several very important events in Washington,” Amos said, adding that residents tackled many racial injustices.

One event involving the Anacostia Pool led to the end of segregation of all of D.C.’s public pools.

“Young people in the community went to the Anacostia pool and integrated it by force; they literally pushed themselves in and jumped into the pool,” said Amos.

Initially, the pool was shut down, but they were all desegregated when D.C. pools reopened the following season.

Eventually, Amos said, the neighborhood was destroyed by many things, including questionable housing policy and the creation of the Suitland Parkway.

The online exhibit, “We Shall Not Be Moved: Stories of Struggle from Barry Farm-Hillsdale,” is part of a yearlong focus on housing equity and justice in D.C.

“People need to know the past in order to live well in the present,” Amos said

You can view the exhibit online on the Museum’s website through the end of the year.