Police in D.C. are investigating the shooting of a man inside a car in Southeast Monday night.
Listen now to WTOP News WTOP.com | Alexa | Google Home | WTOP App | 103.5 FM

Police in D.C. are investigating the shooting of a man inside a car in Southeast Monday night.

The shooting occurred just after 8:30 p.m. According to D.C. police, the man was shot while traveling down the intersection of Suitland Parkway and Stanton Road.

He was taken to the hospital “unconscious and not breathing,” police said. The man’s condition remains unclear.

D.C. police did not disclose the man’s identity, and no suspects were named.

Suitland Parkway between Firth Sterling Avenue SE and Naylor Road remained shut down in both directions for over three hours as police investigated the scene. It reopened just after 11:30 p.m.

Below is where the shooting took place. 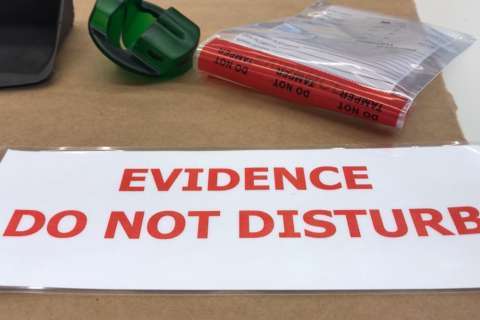