You won’t need to feed the meter but you will need to watch where you park in D.C. starting Monday.

As Mayor Muriel Bowser said earlier in the month, the District’s pandemic-induced loosening of parking restrictions is ending, and fines starting at $25 will be given out for violations like parking in school zones. 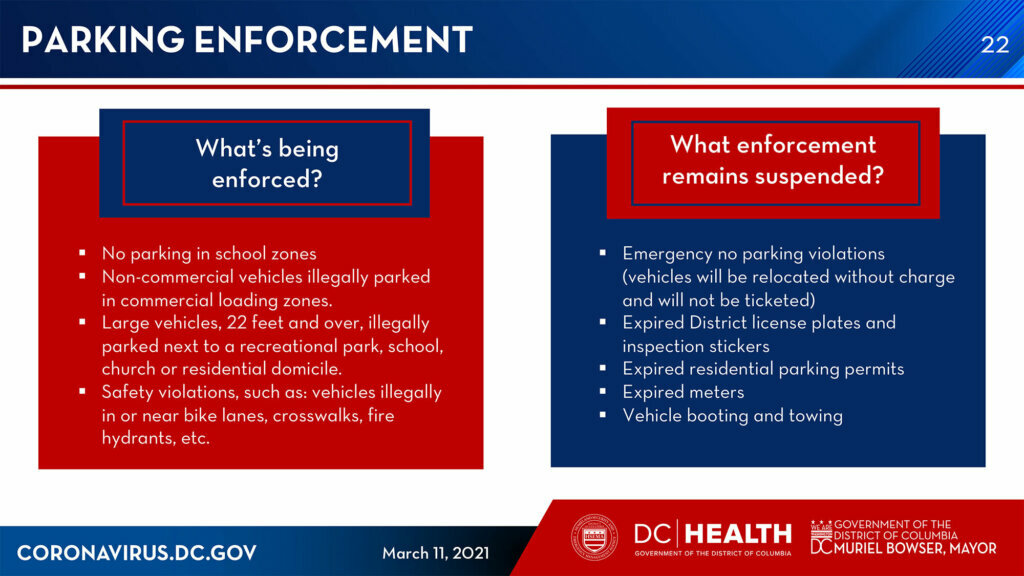 Other violations being enforced include the following:

Here’s a breakdown of the fines according to AAA Mid-Atlantic:

A few rules will remain suspended, for now.

However, Bowser has said drivers should “stay tuned” because further enforcement will “switch on” in the near future.

As a result of the suspension of parking enforcement in the District, the number of tickets issued by parking control officers plummeted about 43%, from 1.4 million parking infractions in FY19, to 838,000 such citations in FY20, AAA said.