“This is a level of violence that we haven’t seen in more than a decade,” Bowser said. “And the homicide trends are disturbing.”

“But we know that we must act, and we must act differently. And that is why today I am signing a mayor’s order that recognizes gun violence as a public health crisis and creates a first-of-its-kind gun violence prevention emergency operations center to coordinate the government resources necessary to better support our residents and communities most impacted by gun violence.”

Harper called the program “a comprehensive community-oriented approach that focuses on the circumstances that put people at high risk of engaging in or being victimized by violence. We want to focus on people, places and process.”

She laid out three facets that will be focused on, such as “meeting the needs of the small number of individuals responsible for a large amount of gun violence,” working together with community members to create “safe places” where gun violence is most prevalent, and creating the emergency operations center to better “coordinate and enhance” work that’s already being done by other local agencies and community-led efforts.

The program will launch on specific blocks in Anacostia and expand from there. 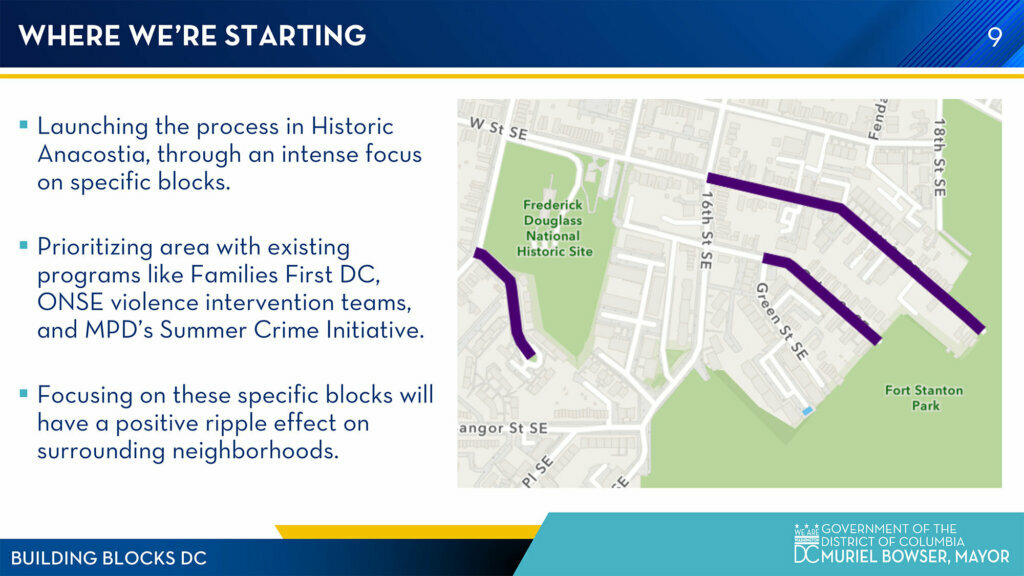 “Using last year’s crime data, we know that 2% of all blocks in the city were the site of 41% of all gunshot related crimes last year; we will initially focus on those areas,” Harper said.

“This place-based strategy is a data-driven approach that uses a comprehensive block-by-block analysis to pinpoint specific areas where gun violence is a constant reality and the sounds of gunshots are a regular event,” she added.

Acting Deputy Mayor for Public Safety and Justice Chris Geldart said that, as the program expands, officials will “look at what’s being effective and what needs to adapt as we go forward, just as we did in the coronavirus EOC.”

Ward 6 Councilman Charles Allen said the news was “a big deal” and an “incredibly important step for our city.”

“And I think what it does is it is telling the city that violence is not inevitable,” Allen said. “Focusing smart, strategic and coordinated approach to reducing gun violence across our city, this is something that I think is incredibly important for our city, and can have significant and important impacts that absolutely save lives.”

“I’m tired of going to vigils and funerals every other day in the city that raised me, because I think to myself, one day it may be me, or my child, you know, and it hits home directly,” White said.

“And I think that we all in the community have responsibilities to decreasing gun violence in our city. And if not now, then when? I want to thank the mayor for stepping up. And I look forward to the leadership of Linda Harllee Harper. I know she’s been in the game since I’ve been doing violence intervention.”

Violence against kids was up as well, by about 16%. 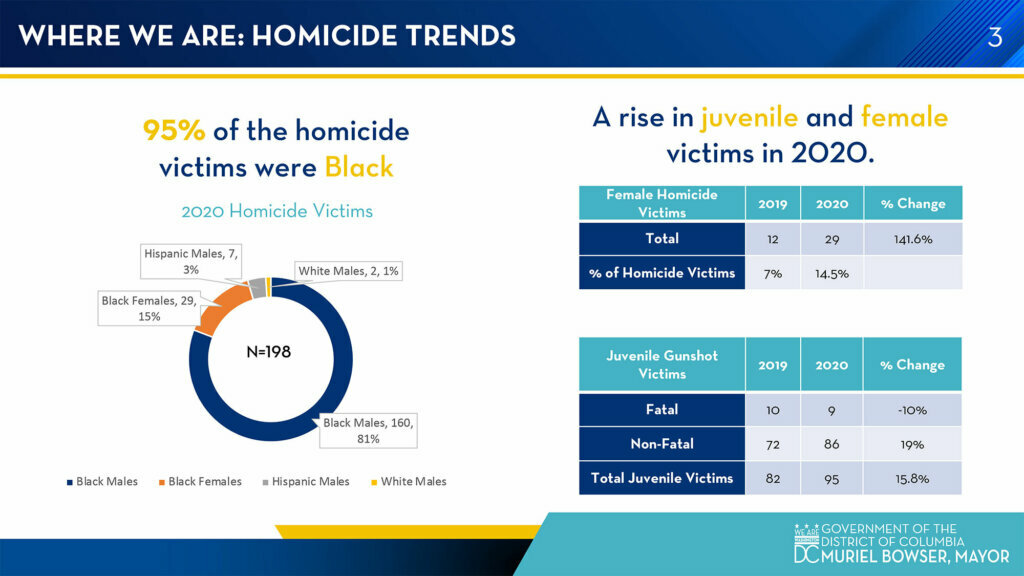