With a map in hand and an app on his phone, Jarad Schofer is taking the concept of a jog through the city to a whole new level: He plans to run every road and alley in the District.
Listen now to WTOP News WTOP.com | Alexa | Google Home | WTOP App | 103.5 FM

With a map in hand and an app on his phone, Jarad Schofer is taking the concept of a jog through the city to a whole new level: He plans to run every road and alley in the District.

“You know I’ve lived here a long time and I kind of thought I’d run everywhere and now I can see that’s really nowhere near the case,” he said.

He’s a teacher with a doctorate in mathematics and only recently got into running. He started with 5Ks, then moved to 10K races.

Now with a few big races under his belt, Schofer has knocked out 860 miles on his mission to tackle the streets of D.C. In all, he intends to run around 2,500 miles. 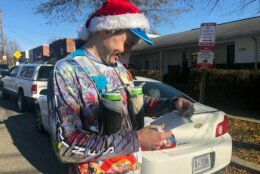 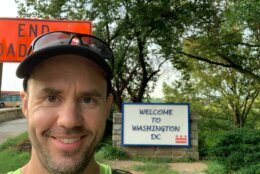 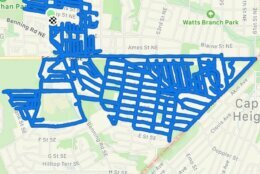 His plan is to be done by June and then head to Tennessee to run in the Vol State Ultramarathon race in July.

“The best way to train for it, I think is to do a lot of road running.”

He said the biggest challenge has been overlapping certain streets but according to his calculations, it’s impossible to avoid.

Schofer said this extreme mission is a testament to just how capable we are of accomplishing so much.