People showed up to do something they normally can’t do on one of D.C.’s busiest roadways: walk, run, bike and roller blade without worrying about cars.
Listen now to WTOP News WTOP.com | Alexa | Google Home | WTOP App | 103.5 FM

On a brisk Saturday afternoon, many people showed up to do something they normally can’t do on one of D.C.’s busiest roadways: walk, run, bike and roller blade without worrying about cars.

For several hours Georgia Avenue in Northwest became a car-free zone as part of the city’s “Open Streets” event.

“I wish they did this every weekend,” said Josh Goldman, who lives in Ward 4.

Goldman and his family took advantage of the many events set up along the roadway. His 6-year-old daughter Hadie said her favorite part was the bounce house and the chance to go inside a D.C. fire engine. 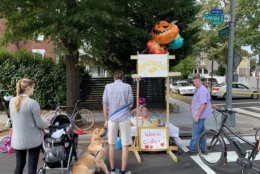 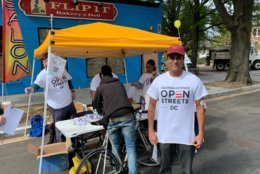 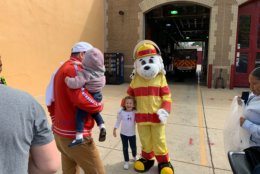 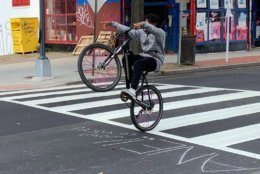 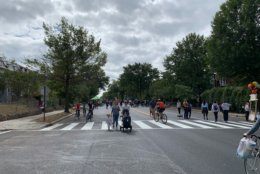 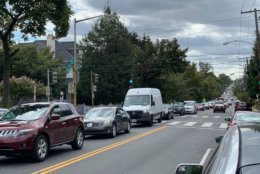 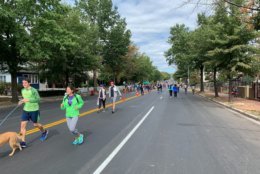 For the city, the event’s goal was to show what the road would look like with fewer cars on it, and also to encourage residents to consider biking, walking, or roller blading as an alternative to using a car.

D.C. Mayor Muriel Bowser said her hope is events like these will give residents another way to enjoy the nation’s capital.

“We want people to be able to live, healthy, well lives, and to take advantage of the beautiful city that we have,” Bowser said.

The 3-mile stretch of Georgia Avenue from Barry Place to Missouri Avenue featured activities for kids, including an area for bike-riding lessons. A tent offering free bike repairs was also set up.

As people used bikes, roller blades, skateboards, electric scooters and their feet to travel the road, they would stop to buy food or to listen to music being played and performed.

“Our city is joining cities across the world in saying no cars for several hours, and activating amazing corridors like Georgia Avenue,” said Ward 4 councilmember Brandon Todd.

Ward 1 councilmember Brianne Nadeau said the event is a chance to show that city streets don’t belong exclusively to cars.

“We all own these streets,” Nadeau said.

Rochelle Seeney of Petworth was a fan of the event, and said in the future she would like to see it stretch all the way up to Silver Spring, Maryland.

“This shows us that we don’t have to drive, we can have a community, we can get to know one another and we can have fun together,” Seeney said.

Nora Newton of Ward 4 said while the event is a lot of fun, she doesn’t see Georgia Avenue being made off limits to cars for prolonged periods.

“But for today, for a couple hours, that’s good, that works,” Newton said.

Georgia Avenue opened back up to cars at 4 p.m. Saturday.