A judge has issued a restraining order effectively delaying the rollout of mobile sports betting in D.C.

The judge sided with Dylan Carragher, of the District, who created a mobile app for sports betting and wanted to be considered as part of the potentially lucrative market for wagering in D.C.

Instead, a no-bid $215 million contract was awarded to Intralot, with a $30 million payment from the District scheduled for Oct. 1. The judge’s order puts a stop to that payment.

Carragher contended that the single-source, no-bid contract to Intralot is illegal under the city’s self-government Home Rule Act. The lawsuit argued that the District Office of the Chief Financial Officer is required to follow D.C. procurement laws to ensure competitive bidding of contracts.

D.C.’s chief financial officer “knew, or should have known, that its efforts to exempt the OCFO from competitively awarding these two contracts flatly violated the Home Rule Act,” the statement said.

Another hearing is set for Tuesday.

Nicole Jordan, a D.C. Lottery spokeswoman, said the ruling will impact not only small businesses but also the January start date for the Lottery’s mobile wagering app.

“The ruling will serve to delay the modernization of lottery operations at more than 400 retailers across the District,” she said in a prepared statement issued Thursday evening. 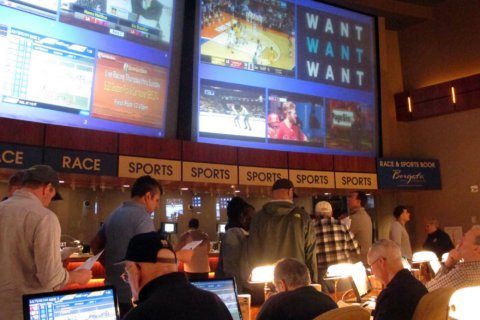