Police have identified the men killed in two separate shootings that erupted across the District Thursday night.

Vincent Carter, 21, of Southeast D.C., was the man shot and killed in an apartment complex courtyard on Columbia Road near 13th Street, said D.C. police Chief Peter Newsham at a Friday afternoon news conference near the scene of the shooting.

The shooting happened just after 10 p.m. Thursday. Police said two men drove up to the courtyard and opened fire.

“We do not have a motive at this time, but we do have intelligence that three of the victims are members of a local crew,” Newsham said. “A firearm was recovered from the area of the shooting, but we do not believe that this is one of the firearms that was used in the shooting.”

The weapon that was recovered was a handgun.

Of the five other victims — four men and one woman — Newsham said four are stable, and one is in critical condition. Four of the victims have prior firearms charges. Carter did not.

A vehicle of interest, a light-colored sedan seen in the poster above, was captured by surveillance cameras.

“Firearms, what they do in this community, is they destroy lives,” Newsham said.

He and D.C. Mayor Muriel Bowser urged the public to bring any information about either shootings to light.

“The folks who discharged these guns last night, they live somewhere, they park their vehicles somewhere, someone who knows them and loves them knew about these guns, more than likely,” Bowser said at the news conference.

“We need family members and friends to help these people — probably young men — get the help that they need. The people who were doing the shooting and the people who got shot were all people that we want to come in for intense services.”

Thursday night was a particularly violent one for the District. A second fatal shooting happened across town in Northeast.

Police were called to 1300 Brentwood Road near Rhode Island Avenue Northeast at about 10:22 p.m. for the report of a shooting. Two men and a woman were taken to the hospital, and one of the men later died, police said.

Police have identified the victim as Sean Coleman-Bey, 20, of Northeast D.C.

He was found inside an establishment, and the shooting is believed to be targeted. Police do not currently have a motive.

The two other shooting victims were treated and released.

MPD seeks the public’s assistance in identifying a vehicle of interest in reference to a Homicide offense that occurred on 9/19/19 in the 1300 blk of Brentwood Rd., NE.

Police said there is no indication the two shootings are related, but they are still investigating.

Newsham extended his condolences to the families of the victims.

Asked if he believed the District was sliding back into bad times, Newsham said, “I certainly hope not.” 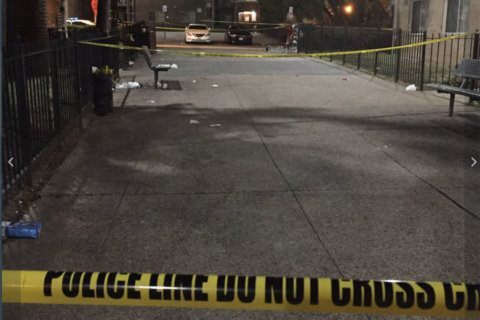 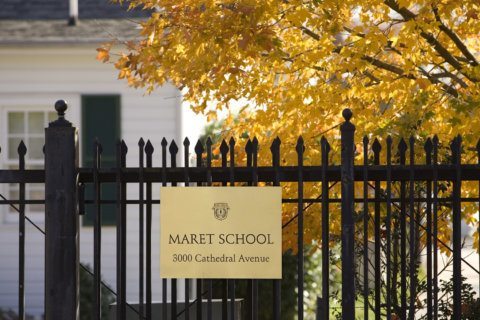 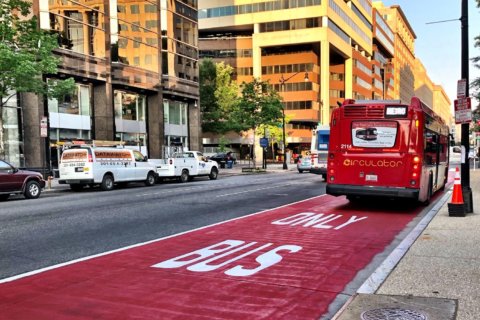