‘On time and on budget’: Beach Drive set to reopen Friday 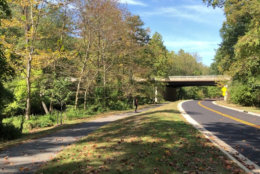 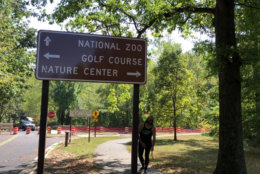 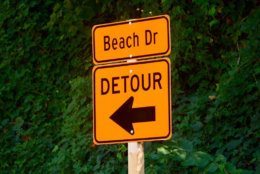 It wraps up what has been a three-year rehabilitation project. Managed by the Federal Highway Administration, it began in September 2016 and was done in four segments — “on time and on budget.”

“It has been a long project,” said Julia Washburn, Rock Creek Park superintendent. “Even though we did it in segments, we do realize that this has been an imposition for people. And we appreciate the patience of the public as we go through this process to make the park better and safer for everyone.”

As part of the project, the National Park Service said:

In addition, a portion of the multi-use trail was rebuilt; dead and hazardous trees were removed; and 300 native trees were planted. Speed tables and a pedestrian crossing were added, too.

“We also were able to add lots of storm water management facilities, which will slow the water as it comes down off of the road and keep it from pouring directly into the creek,” Washburn said. “It’ll slow that water down so it helps prevent the flash flooding that we experience.”

The project worked within the existing footprint, park service officials said, to protect the park’s ecological resources and historic landscape.

The park service estimates that every year, over 12 million drivers use the roadway, which was designed in 1897 “to improve access to America’s first urban park.”

By 2016, it had become an urban commuter route, too, and that will probably resume when it reopens.

The welcome absence of potholes will no doubt tempt drivers to go heavier on the pedal, and Washburn hopes they will resist. “You don’t want to miss scenery as you take that nice gentle calming ride through the park,” she said.

See video of the revamped drive from the park service below.