Metro Transit police and D.C. police responded just after 1 p.m. to a report of gunfire. One person had injuries that were not life-threatening.

A man has been arrested, and another is still at large, after a shooting that injured one person at the Shaw-Howard University Metro station in D.C. on Friday.

Metro Transit Police said that Mauquez Daquan Fewell, 22, has been arrested on charges of assault with intent to kill.

Police responded just after 1 p.m. to a report of gunfire. One person had what they described as injuries that were not life-threatening.

The suspects escaped via the station exit at Eighth and R streets Northwest.

SHOOTING PERSONS OF INTEREST – Two individuals pictured here are persons of interest in a shooting at Shaw Metro this afternoon. KNOW WHO THEY ARE OR HAVE INFO? Call Metro Transit Police at 301-955-5000 or text 696873 (MyMTPD). Do not take action other than calling police. #wmata pic.twitter.com/jLw5cGh07S

Trains were running normally after the incident Friday afternoon. But the platform entrance at Seventh and S streets was closed for a few hours as police investigated. 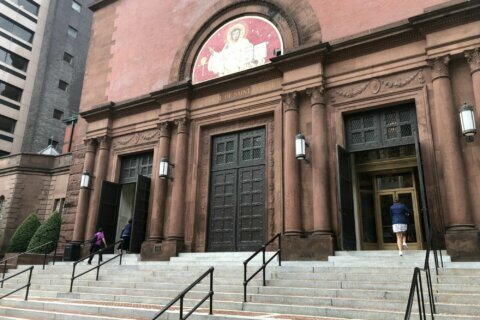