The fourth annual D.C. Bike Ride shut down 20 miles of city streets so cyclists could take in views of the District on routes that would usually be thronged with cars.
Listen now to WTOP News WTOP.com | Alexa | Google Home | WTOP App | 103.5 FM

The fourth annual D.C. Bike Ride shut down 20 miles of city streets so cyclists could take in views of the District on routes that would usually be thronged with cars. 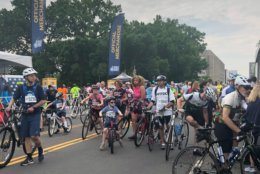 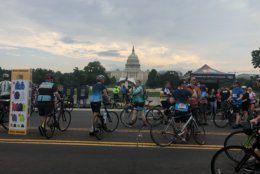 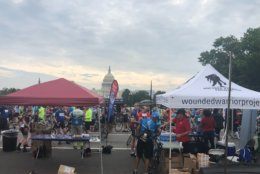 Bands, DJs and a special training exercise lined the route for people to participate in during their ride.

The event attracts people from all over the country, unable to resist the peaceful, scenic route past D.C.’s many monuments including the Capitol Building, the Washington Monument and the Jefferson Memorial.

At the end of the ride, participants and non-riders could take part in the Finish Festival — which featured live entertainment and food trucks — held on the National Mall in front of the Capitol Building.

D.C. Bike Ride is organized to raise awareness to biker safety in the city. In recent months, many have called on the D.C. government and the Bowser administration to pass stricter protection measures after a prominent D.C. bike advocate was killed in a hit-and-run on April 19.