Authorities served an eviction notice Monday to activists who have stayed for more than a month inside the Venezuelan embassy in Washington, and asked them to leave immediately.

WASHINGTON (AP) — Authorities served an eviction notice Monday to activists who have stayed for more than a month inside the Venezuelan embassy in Washington, and asked them to leave immediately.

Gustavo Tarre, Venezuela’s representative to the Organization of American States told The Associated Press that after the eviction notice was served, three activists left the building. Four of them remained, Tarre said.

Brian Becker, national director of the Answer Coalition, which supports the activists, said those still inside the building will not leave voluntarily. 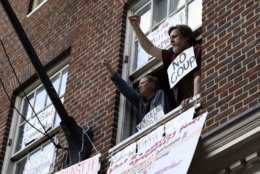 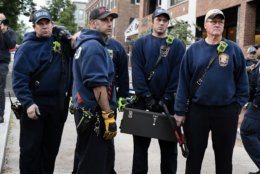 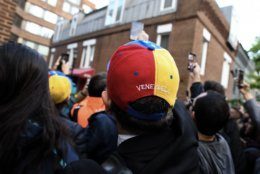 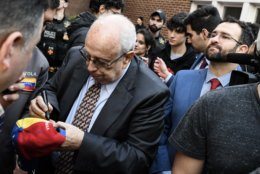 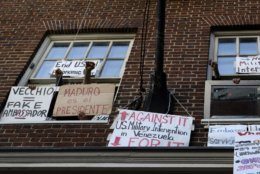 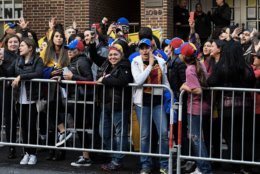 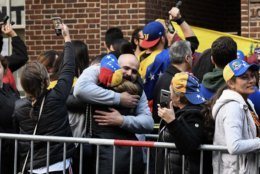 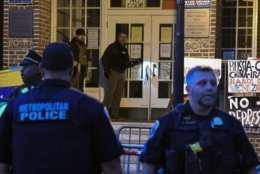 Becker said police cut the chains that were locking the front gate and handed the order to activists who came to the ground level to meet them.

The activists are inside the embassy because they consider Nicolas Maduro the legitimate president of Venezuela. The U.S. and 50 other countries say Maduro’s re-election was fraudulent and have recognized opposition leader Juan Guaidó as Venezuela’s interim president.

It was not clear Monday night which agency issued the eviction notice, though Secret Service agents and District of Columbia police surrounded the embassy.

Carlos Vecchio, whom the U.S. recognizes as Venezuela’s ambassador, tweeted that “next steps” will be announced soon.