‘It’s primarily racial’: Study finds DC has the most intense gentrification in the country

Gentrification is a word that gets thrown around a lot when we hear about a new craft brewery or boutique shop opening in the city's warehouse district. But what does it mean for D.C.'s residents, historically?
Listen now to WTOP News WTOP.com | Alexa | Google Home | WTOP App | 103.5 FM

If you head down to Navy Yard for a Washington Nationals game, you’ll notice more restaurants and condominiums.

Eight new restaurants have opened their doors since Opening Day last year, and another six are expected to open by the end of this season. Baseball fans can now sip nitro cold brew coffee, sample Wizeguy’s famous pizza or even buy charcuterie at the new Whole Foods, if they so pleased.

The neighborhood’s fourth high-rise condo has already sold 75% of its units, with another three condo buildings right on the horizon.

Capitol Riverfront is one of D.C.’s fastest growing neighborhoods, with 14,000 residents expected by the end of 2019. It’s also one of America’s “coolest neighborhoods.”

It’s unrecognizable from 20 years ago, and it’s far from the only neighborhood in D.C. to get a makeover. A study released by the National Community Reinvestment Coalition in March revealed that D.C. has the most intense gentrification in the country.

But community activists say that gentrification falls along racial lines. Just across the river from the roaring crowd at Nats Park is Ward 8, where less than half of residents feel safe outside their home during the day. Over 90% of Ward 8 residents are African-American.

That word gets thrown around a lot when we hear about a new craft brewery or boutique shop opening in a city’s warehouse district, but how is gentrification defined?

At its most basic, gentrification is the influx of money and resources that lead to demographic shifts associated with new investment — rising neighborhood incomes, home values and educational levels. Gentrification is different from displacement, but is a very direct cause.

According to the study, displacement tends to fall along racial lines.

In order to determine which cities are experiencing gentrification, the NCRC study used census data from 2000 to 2013. Neighborhoods were considered “eligible” for gentrification if their median home values and family incomes were in the lower 40th percentile at the beginning of the study period.

If a neighborhood was in the top 60% for increases in both percentage of college graduates and median home value — after adjustment for inflation — by the end of the study period, that neighborhood was considered gentrified, or gentrifying.

“It’s primarily racial … Racism is profoundly implicated in all of this,” said Sabihya Prince, a cultural anthropologist and community organizer with Empower D.C.

She said D.C. has rolled out the “proverbial red carpet” for the thousands of newcomers who have flocked to the city over the last decade.

“What we’re seeing right now is all about money. It’s not really about people,” Prince said.

“Infrastructure has been altered, public property has been privatized, the will of voters has been rescinded, minority-owned businesses have been shuttered and the bodies of people of color have been stopped and frisked to accommodate and enhance the respective presence and comfort of newcomers,” said Prince in her essay accompanying the NCRC study.

It’s important to look at gentrification as a cycle, said Prince. That cycle begins with neglect — divestment in low-income communities that can result from lending discrimination and redlining, the practice of exclusionary housing opportunities.

The next stage in the cycle is political, Prince said. When city governments develop policies that encourage investment in neglected neighborhoods, money and resources start flowing in. As property values rise, so do rents. Before long, it becomes impossible for longtime residents to afford to stay, she added.

“On the macro level of why this is happening is because the economy is so strong locally,” said Tony Lofrumento, vice president at Summit Commercial Real Estate.

“Job growth leads to population increase, which leads to rising demand for housing. There’s only so much land in the city, and there’s more and more people moving here … it’s the underlying land values that are increasing that are driving the prices of everything else.”

When did this cycle of gentrification start in D.C.?

Prince said there are a few different historical points of reference for the beginning of D.C.’ s gentrification cycle.

D.C.’s “urban renewal” goes all the way back to the 1940s, when entire neighborhoods in Southwest were bulldozed to make way for redevelopment. The crime and drug activity that spiked in the 1980s ravaged black communities and deepened the neglect Prince talked about.

But an important historical marker is the riots of 1968.

“That was a turning point in D.C. history,” Prince said. “If you look, statistically, you will see it was at that point that the African-American population begins to decline very slowly.”

The family that owns Lee’s Flower and Card on U Street remembers the riots well.

The owner wrote “Soul Brother” across the windows to signify to the rioters that their business was black-owned. Dozens of businesses were looted or set ablaze that night, but Lee’s Flower and Card was spared. 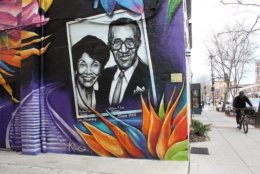 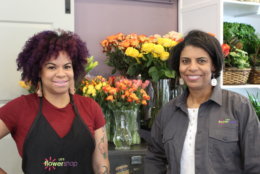 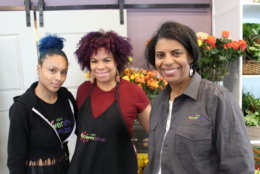 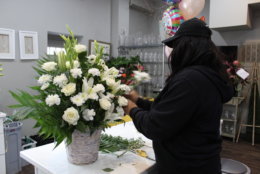 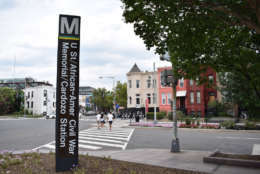 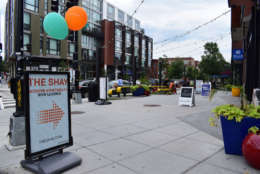 Stacie Banks and Kristi Lee, two sisters who currently operate the store, know they’re lucky to still be there. In the nearly 75 years Lee’s Flower and Card has been open, an overwhelming number of surrounding businesses were forced to shutter.

“Talking about gentrification, thankfully [our dad] still owns the building, and we’re able to pay him a small rent,” Banks said. “If we had to pay him market rate, we would probably not be here.”

Still, the sisters have faced their share of challenges. Rising property taxes cost them roughly $24,000 a year — a grueling expense for a small business. They had to experiment with different business models (they even tried consignment for a time) to stay relevant.

“We’re always like, ‘Dang, if this place could double as a bar,’” Lee said. “Because there’s a lot more people at night than during the day.”

Anyone who has ever tried to find a quiet spot to sip a beer on U Street on a Saturday night knows that’s difficult. The street is a busy bar and restaurant district that sees most of its foot traffic after dark. That poses a challenge for businesses that operate from 9 a.m. to 5 p.m.

When asked about the changes gentrification has brought to Shaw, the sisters said they feel “bittersweet.”

“[Gentrification is] displacing people in our community, but we’ve also got a whole new clientele that come in and support us,” Banks said. “We still have great support from our older customer base, but they don’t live in the neighborhood anymore. People can’t just walk here.”

Lee’s Flower and Card also works closely with funeral homes and churches. The endemic shuttering of black churches throughout the city has hurt their business — and their community.

One of those churches is The Lincoln Temple United Church of Christ, which used to stand in the Shaw neighborhood. The church had existed since the Civil War and was a landmark in the battle for civil rights, but was forced to dissolve last year when its congregation dwindled to just 20 members.

In situations like Lincoln Temple, the pain of displacement goes deeper than nostalgia or discomfort with the unfamiliar, according to the NCRC study. It means the loss of the support structures that displaced residents previously found in their neighbors and community members.

“In these cases, gentrification is understood as the terminal stage of exclusion of minority — usually black — residents from affordable housing inside the city,” said the study.

What can be done?

Despite the rapid gentrification in D.C., the city already has some of the most progressive tenant protection laws in the country.

The Tenant Opportunity to Purchase Act gives the residents of a multifamily building the chance to purchase the building from their landlord themselves, before another developer buys the building and decides to raise their rent.

“We already have some of the strongest tenant protection laws, but again, these market forces are almost overwhelming,” Lofrumento said. “People find a way to get [residents] out of these buildings.”

What will often happen, Lofrumento said, is a buyer will offer tenants a cash incentive to move out of their apartment. When tenants accept the cash incentive, they effectively sell their tenant rights to the developer.

“There’s a lot of pressure on prices. That’s where the city has to step in,” Lofrumento said. “In my opinion, that’s the only way to preserve and create affordable housing is through subsidies from the city.”

Bowser also said she wants to increase the budget for the city’s Housing Production Trust Fund, which is used to “produce and preserve” affordable housing, from $100 million to $130 million.

But Prince said she is still dissatisfied with the city’s actions thus far.

“The numbers they’re talking [about] are profoundly inadequate. They’re drops in the bucket,” Prince said. “And I have to believe that they’re aware of that.”

According to Prince, it’s imperative that city officials recognize stratification is real.

“If you have a stratified society, then obviously people’s needs are going to be very different. How people conceptualize what a community benefit is. What’s good? What should our priorities be?”

Not everyone is going to benefit from a new beer garden, Prince added. “That’s just not going to be everybody’s thing.”

Prince said there are other forms of development — bike lanes, dog parks and the like — that are stronger reinvestments in existing communities.

“People get a little down in this discussion because there seems to be some sort of inevitability to everything, but that’s not the case at all,” Prince said. “There are lots of solutions.”

Listening to community members, community-based development, flexible housing vouchers and stronger enforcement of inclusionary zoning rules are some steps Prince said the city can take to reinvest in the residents that have been here the whole time.

“Change is inevitable. Change is a part of culture. Change is within the definition of culture, frankly. My concern is how power implications are interwoven into this scenario,” Prince said. “If you attend to the power piece, then you understand that the people who are vulnerable are being played right now.”