A D.C. man who was brutally attacked more than six years ago while walking home from a Nationals game is working and living in D.C. again while coping with the challenges of living with a traumatic brain injury. See video.
Listen now to WTOP News WTOP.com | Alexa | Google Home | WTOP App | 103.5 FM

A D.C. man who was brutally attacked more than six years ago while walking home from a Nationals game is working and living in D.C. again while coping with the challenges of living with a traumatic brain injury.

Eight hours after T.C. Maslin was mugged by three men in August 2012, neighbors found him laying on the sidewalk, just a few blocks from Capitol Hill’s Eastern Market.

“I mean, sometimes we’ll take the kids there and play,” Maslin said of the spot where he almost died.

“For me, it was helpful to walk by the site several times; just to go by the market, just go through it, think about it,” he said. 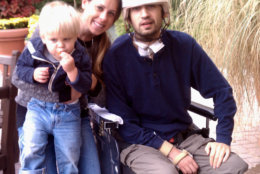 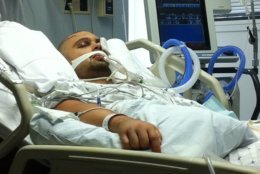 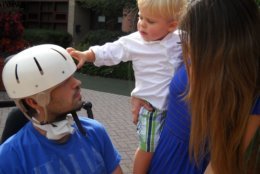 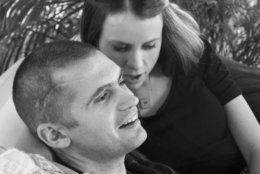 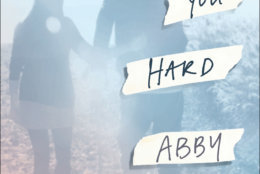 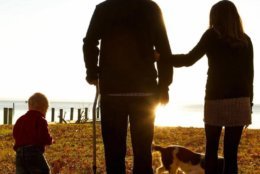 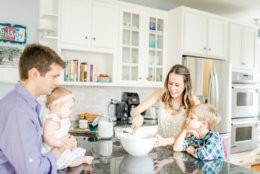 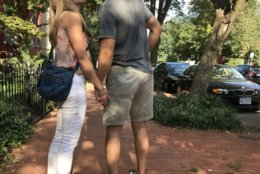 The three assailants who took Maslin’s wallet after beating him with an aluminum baseball bat were convicted in 2013 and are serving time in prison for the random act of violence that left Maslin with a severe traumatic brain injury. He had to relearn how to breathe, how to walk, and how to speak. Slowly, through years of exhausting physical and speech therapy, he’s regained his independence.

“I had a general idea of what my goal was. It wasn’t 100 percent. I knew that wasn’t possible. I had a standard I want to get close to,” he said of setting goals in his mind to achieve throughout his healing.

The couple decided after much debate to move back to the same Capitol Hill neighborhood where T.C. was attacked. A deliberate decision to return to the neighborhood and friends who know their story and provide familiarity to help the family find normalcy.

“Just reclaim it as our own … because everything was out of our control for so long. Not only to live in a neighborhood we love, to put the story in the world through our eyes, in a way that we get to be the storytellers,” said Maslin’s wife Abby of choosing to return to Capitol Hill.

Throughout their journey, Abby Maslin shared through her blog what it was like to take on everything from parenting to finances for the two of them.

“In some ways, that period at the beginning when he was in the hospital, it was crystal clear what my responsibilities were. I knew that I was in charge of everything and then when he started to get better, I thought to myself, ‘Can I trust he can do this?’ ‘Is it responsible to leave him with our son?’ That’s when it got really gray. And that’s the place we’re going to live in for the rest of our lives,” Maslin said.

From the beginning, it was a T.C.’s goal to go back to work — something that seemed pie in the sky at the time. But sure enough, he’s achieved it. Maslin is now back in his position as a renewable energy consultant and researcher. Abby is teaching fourth grade again.

But they say while their lives might look like they did before the attack, it does not feel the same.

“It’s hard to see colleagues who are really excelling and the simple things that people take advantage of, recognize that [sic] everything is very difficult for me. And I’m just not as quick as I was before. But I am so happy just to be there, at all. That’s like an internal struggle that I battle with everyday pretty much, actually,” Maslin said of the challenges he faces.

Both Abby and T.C. agree, the ordeal put a strain on their marriage. That part of their healing is part of Abby’s new memoir called “Love You Hard.” The experience changed them as people, but she said it also taught them how to love in a new way.

“If the outside wasn’t going to look the same, what was in the inside? What did it mean to love somebody in a way that had nothing to do with those quick superficial things,” Maslin said of the questions she asked herself when trying to repair their connection.

“‘Who is he in his core, in his heart?’ And what I saw was this incredibly inspiring, tenacious, hard working person he had been all along, but I was just seeing it much more clearly,” Maslin said.

While they would never wish their experience on anyone, Maslin agreed that what they went through as a family made their relationship stronger.

“It’s amazing that she stuck with me. She’s my hero, I would say.”

Maslin is hosting signing events for the release of her first book at the following locations: 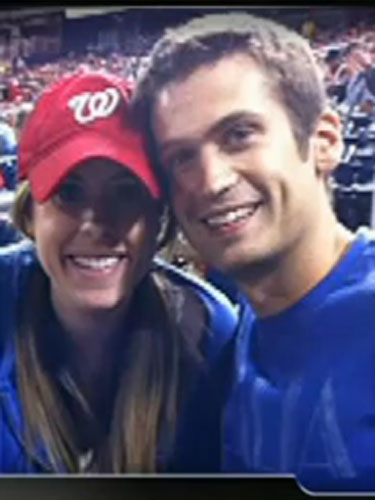 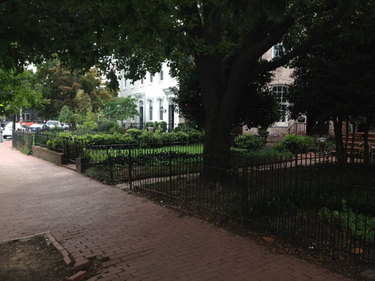 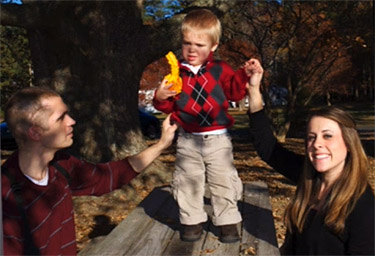