"Folks who are using the most recent batch of K2 are exhibiting symptoms of being in a comatose state and passing out," said D.C. Police Chief Peter Newsham. "It's creating a drain on Fire and EMS resources and police resources."
Listen now to WTOP News WTOP.com | Alexa | Google Home | WTOP App | 103.5 FM

“Our emergency responders continue to respond to dozens of K2 overdoses every day,” said D.C. Mayor Muriel Bowser. “It certainly provides a significant strain on our entire public safety system.”

Since mid-July, D.C. has seen more than 1,600 K2 overdoses, and the number of cases has skyrocketed this month.

“Folks who are using the most recent batch of K2 are exhibiting symptoms of being in a comatose state and passing out,” said D.C. Police Chief Peter Newsham. “It’s creating a drain on Fire and EMS resources and police resources.”

Although commonly referred to as “synthetic cannabis” or “synthetic marijuana,” drugs known by names such as K2, “Spice” and “Scooby Snax” are very different from actual marijuana. They’re often comprised of various synthetic substances sprayed on dried plant material, and there is no way of knowing exactly what is in them.

“We need to get these deadly drugs off our streets,” said Bowser.

In July, the U.S. Food and Drug Administration warned that the drugs were being mixed with chemicals used in rat poison.

The federal government has banned certain chemicals used in synthetic cannabis, while states and local governments — including D.C., Maryland and Virginia — have tried to do the same.

However, such laws are sometimes impossible to enforce because manufacturers change the structure of the chemicals to try to get around the law, and label them as “not for human consumption.”

Earlier this week, Bowser introduced emergency legislation that would broaden D.C.’s law against synthetic drugs, making it easier for police and prosecutors to crack down on dealers.

“When people are bringing deadly drugs into our community, we need to be able to hold them accountable,” said Bowser. “As we continue working to get these drugs off our streets, we are asking the community to help us save lives by calling 911 if they see someone exhibiting signs of an overdose.” 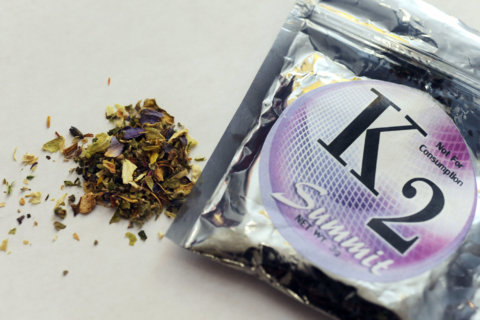 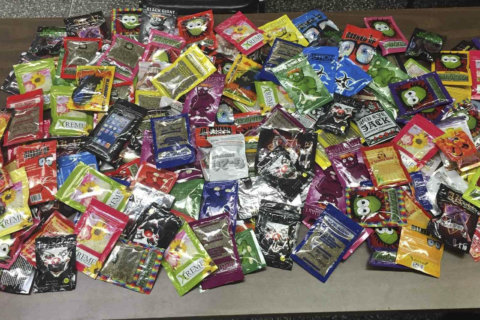