The organizer behind last year's white nationalist rally in Virginia got an initial green light to hold a rally in D.C., exactly one year to the date of the fatal clash in Charlottesville.
Listen now to WTOP News WTOP.com | Alexa | Google Home | WTOP App | 103.5 FM

WASHINGTON — The organizer behind last year’s white nationalist rally in Virginia got an initial green light to hold a rally in D.C., exactly one year to the date of the fatal clash in Charlottesville.

“Unite the Right” organizer Jason Kessler submitted a request on May 8 to the National Park Service to hold a rally between Aug. 11 and 12 at Lafayette Square, which faces the White House.

WUSA-9 first reported that the NPS approved the application but did not issue a permit yet.

Kessler stated in the application that the purpose of the event is to “protest civil rights abuse in Charlottesville,” and that it is a “white civil rights rally.”

He also wrote on the application that “members of Antifa affiliated groups will try to disrupt” the rally. Antifa is shorthand for anti-fascists, an umbrella description for the far-left-leaning militant groups that resist neo-Nazis and white supremacists at demonstrations and other events.

White nationalism is a subset of racist beliefs that calls for a separate territory and enhanced legal rights and protections for white people.

Kessler had applied to hold a rally in or near Emancipation Park in Charlottesville for Aug. 12 last December but his request was denied by Charlottesville City Manager Maurice Jones.

“The proposed demonstration or special event will present a danger to public safety, and cannot be accommodated within the area applied for, or within a reasonable allocation of City funds and/or police resources,” wrote Jones in the application denial.

Kessler filed a lawsuit against the city over its denial, stating that his First Amendment rights were violated.

Heather Heyer was killed when a car driven by James Alex Fields plowed into a crowd of counter-protesters. A former teacher described Fields as having a “keen interest in Nazi Germany and Adolph Hitler, the Associated Press reported.

Lt. H. Jay Cullen of Midlothian and Trooper-Pilot Berke M.M. Bates of Quinton were killed when their helicopter crashed while assisting law enforcement monitor the rally. 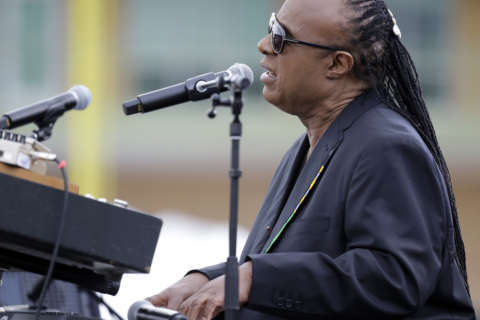 Music legend helps close out ‘A Concert For Charlottesville’