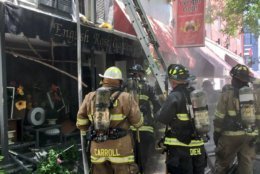 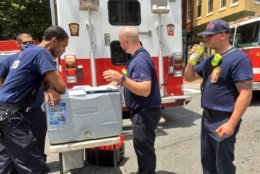 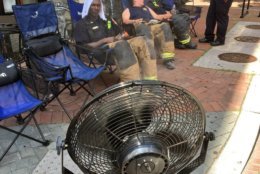 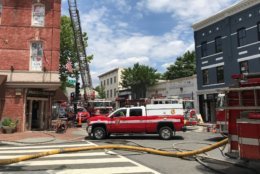 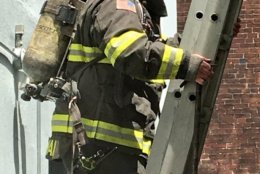 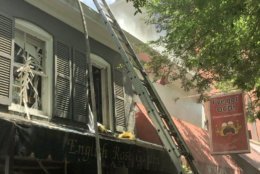 WASHINGTON — An accidental fire that started in a restaurant’s kitchen damaged two businesses in Georgetown on Tuesday, D.C. Fire and EMS said.

American eatery Wingo’s and English Rose Garden, a florist shop, are the businesses that were damaged in the 3200 block of O Street Northwest. Firefighters responded to the flames just after 11 a.m., fire officials said on Twitter.

The fire category was raised to a two-alarm fire shortly after. Flames were in the walls and ceiling of the building, D.C. Fire and EMS said.

Two firefighters were hospitalized with injuries that were not life-threatening.

D.C. Fire and EMS said the fire was under control around 1:30 p.m. Firefighters on the scene were in the process of cooling down and re-hydrating after their work.

Most of the fire had been extinguished after noon, D.C. Fire and EMS said, and firefighters are continuing to put out the remaining pockets of fire.