Does the warm weather mean an earlier bloom for the cherry blossoms?

WASHINGTON — The warm weather could have you thinking about spring, and around here that means cherry blossoms.

It’s still too early to nail down exactly when Mother Nature’s pretty pink-and-white color show around the Tidal Basin will happen this year. But Mike Litterst, with the National Park Service, said we could know soon. 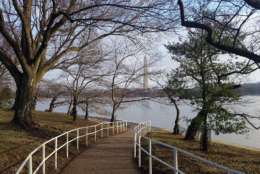 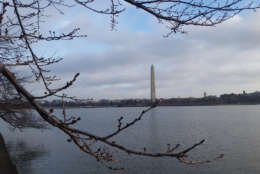 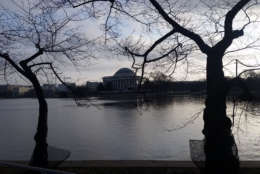 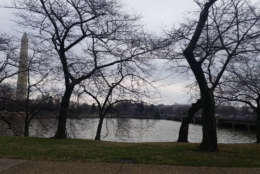 Yes and no, Litterst said.

Right now, he said, the National Park Service doesn’t know when the trees will bloom, but it will make an announcement March 1 for the projected bloom date.

Last year, half the blossoms were destroyed following a cold snap in late March that brought with it freezing temperatures and snow. Those blossoms lost last year were near their peak bloom.

“When the blossoms were at their most fragile, that’s when we had the weather issues and that’s what created the problems,” Litterst said.

But he said the bad weather had no long-term effect on the trees themselves.

Litterst said there are roughly 3,700 cherry trees around the Tidal Basin in West Potomac Park, East Potomac Park and the grounds of the Washington Monument. Each year the park service ends up replacing some of the trees, because the average life span of a cherry blossom tree is 35 to 40 years.

Predicting when the trees will bloom is a fairly complicated art form. 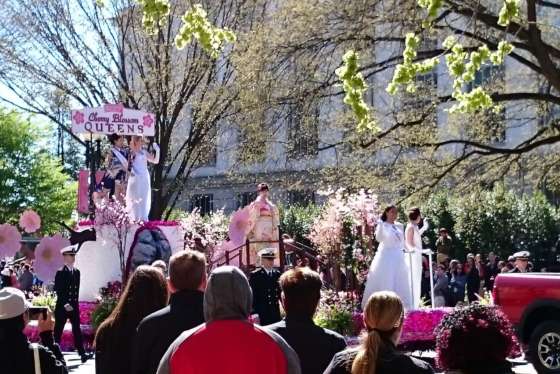 “We’re certainly tracking the long-term weather trends,” Litterst said. “That’s one of the things we look at when we make the projection for the peak bloom: What is the forecast over the next six weeks to two months? What does the historical data tell us as far as what temperatures have lead to what dates?”

Litterst also said some trees serve as indicators because they bloom a few weeks before the main Yoshino trees.

“We get indications from the trees that come out early,” he said. “So, we keep an eye on those. Still, it’s even a little early for them at this point.”

You can find updates on the cherry blossoms and the various stages leading up to peak bloom at the National Park Service’s website.