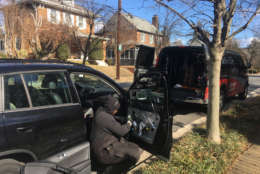 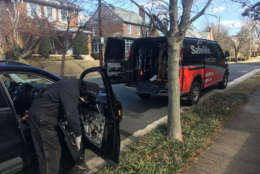 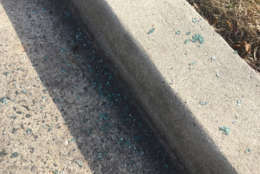 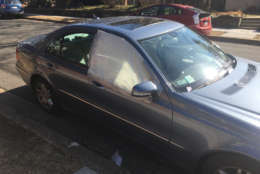 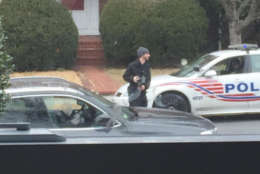 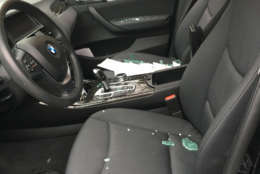 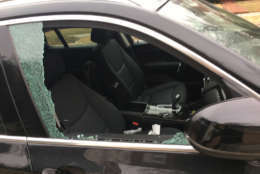 In all 47 cars were hit in the Shepherd Park neighborhood some time Wednesday night or early Thursday morning according to D.C. police.

Resident Sarah Kuruswo was awakened by police who came to notify her that her vehicle was among those struck.

“It was a big mess; everything was thrown all over the place,” Kuruswo said.

She said an expensive car seat was left insider her car, but her sunglasses were taken.

She was forced to take off work Friday so a window repairman could replace her shattered passenger’s-side window.

“Big damage for such a small thing,” Kuruswo said.

One resident who only identified herself as Mrs. Thompson said $20 and the insert for her cigarette lighter were taken.

“It was just ridiculous,” Thompson said.

Right now police haven’t said whether all the cases are connected.

Video surveillance from different homes captured a similar-looking man in the act of breaking into the cars that night.

To the individual responsible for a rash of vehicle break-ins in the Fourth District last night, including this one in the 1400 b/o Geranium St, NW, we’re coming for you! Recognize this guy? Call 202-727-9099/text 50411 #DCPolice pic.twitter.com/HpnsvcMKN8

Kuruswo said most residents believe the crimes were the work of one man.

“I hope he finds meaning with his life, because you cannot cause all the damage,” Kuruswo said.

Investigators have released surveillance footage of one suspect wanted in connection with this rash of burglaries. Anyone with information is asked to call DC police at 202-727-9099.