Amid questions about whether the new benefit will roll out on time, D.C. officials debuted a new "paid-leave calculator" that employees can use to see how much money they could potentially be paid if they took time off under the new law.
Listen now to WTOP News WTOP.com | Alexa | Google Home | WTOP App | 103.5 FM

WASHINGTON — Despite lingering questions about how paid family leave will be funded in D.C., the official in charge of implementing the program is insisting that the process is not lagging behind.

“We’re on track and we are ready,” said Odie Donald, director of D.C.’s employment services department.

Donald made the comments during a Wednesday meeting with the council’s workforce development committee.

“What I will say is that we’re committed to implement the law whatever it is,” he said.

Under the District’s law, family leave benefits are supposed to be funded through a 0.62 percent tax on all D.C. businesses that would take effect in July 2019. But council members have been examining possible alternatives to the tax.

One option would be to set up a public insurance program that could fund benefits through a fee on both businesses and employees.

“It certainly has been frustrating that we are still considering alternatives,” said Councilmember Elissa Silverman, the committee chair. “Businesses have been asking me if the District is going to be ready to implement the tax system. I really am concerned about hitting specific timelines.”

Donald encouraged the council to settle on a funding mechanism as “quickly as possible.”

The city is already moving forward with plans to hire new employees to run the program, and it is studying paid family leave systems elsewhere.

“The District is using this research to learn from the successes and failures of other states as we make our program as effective as possible,” Donald said.

A new webpage went live this week, providing a calculator that employees can use to see how much money they could potentially be paid if they took time off under D.C.’s law.

Benefits are scheduled to start in July of 2020.

The law provides up to eight weeks of paid leave for the birth or adoption of a child. It also allows for six weeks of paid time off to care for a family member who is ill and two weeks of personal paid sick time.

It applies only to private employers because D.C. cannot tax the federal government and the local government already has a paid leave program. Paid family leave law could be changing in DC 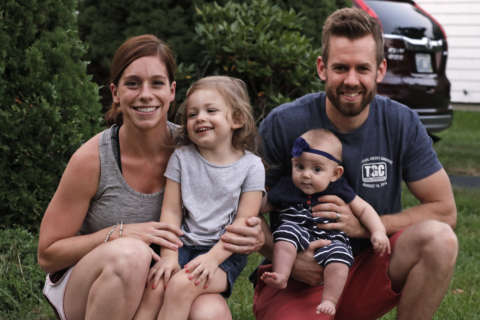 How much paid family leave is enough?