Despite cold, dozens in DC drop their pants to ride Metro

Some Metro riders in D.C. decided to ditch their pants on Sunday as part of an annual event in several cities around the country — and the world.
Listen now to WTOP News WTOP.com | Alexa | Google Home | WTOP App | 103.5 FM

WASHINGTON — For folks donning winter wear, Sunday afternoon was downright frigid. Yet some Metro riders in D.C. decided to ditch their pants as part of an annual event in several cities around the country — and the world.

D.C.’s iteration of the yearly No Pants Subway Ride left enough observers with mouths agape and wondering why in the world folks were riding Metro in their drawers. Some were pleasantly surprised. Others were inspired to give it a try next year.

“If they can do it, I can do it,” said Steve Gliss, who was catching the train after work.

According to Improv Everywhere, the No Pants Subway Ride got started in 2002 and was intended to be a prank involving seven people. Now, it “has grown into an international celebration of silliness,” their website explained. Groups in cities across the U.S. and around the world participate each year. 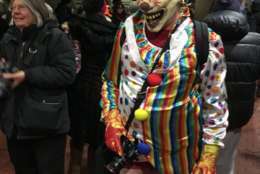 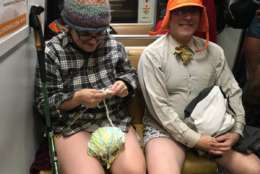 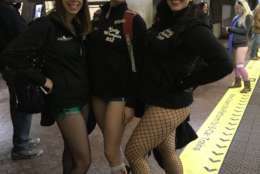 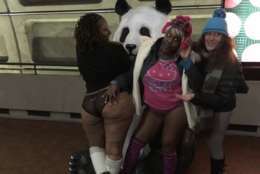 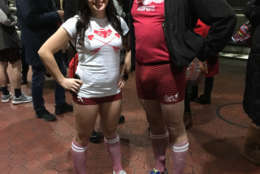 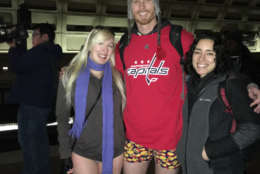 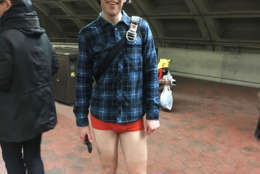 In D.C., the group sans pants ranged from newbies to seasoned riders; they met in Hancock Park in Southwest for instructions before heading to the L’Enfant Plaza Metro station. Some slid out of their pants and tucked them into purses or backpacks before entering the station, which was relatively warm compared to the outdoors.

This year’s lively group included a first-timer who took part to celebrate her 45th birthday.

“It feels real good. Don’t it feel good?” she laughed and asked others around her before asking this WTOP reporter why her pants were still on.

“Anytime somebody’s taking off clothes, I’m there,” replied a regular participant, who also described himself as a nudist.

“It’s always like a different reaction, but it’s also a really neat way to meet people in the D.C. area who are weird enough to do something like this,” said Morgan Robertson.

Some observers were eager to display their support by dropping their pants, too.

But not everyone was buying it. They were supportive — but not enough to go pants-free.

“People got a lot of heart coming out here with no pants as cold as it is,” said a fellow passenger named Ola. “I can’t fade. Y’all can have that. I’m wearing my pants. I just got off work … I’ll take my pants off when I get in the house.” 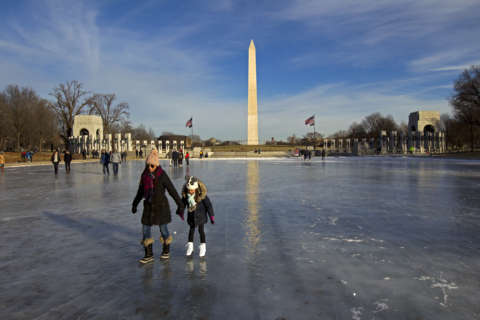 After a wintry mix, beware ice on DC-area roads 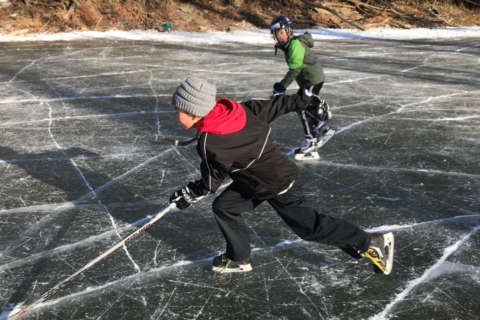