The deer population reduction at Rock Creek Park is scheduled to start Dec 1, 2017, and end March 31, 2018. There is about three times more whitetail deer in the park than is optimal to maintain vegetation, according to the National Park’s Service’s most recent population data.

The contentious hunt reduces the deer population that has “negatively impacted Rock Creek Park,” the National Park Service said. The deer population has led to a decline in forest regeneration and native plants, Nortrup said.

“Deer management was initiated because of the negative impact deer have had over the past 20 years on park forest vegetation,” Nortrup said in an email to WTOP.

When the park began deer management in 2013, the park deer population was at 80 per square mile.

“Without continued management, deer populations would quickly rebound and again eat nearly all tree seedlings and other plants before they could grow,” she said.

Deer management efforts have long been controversial. Groups such as the Humane Society have called for an end to such hunts and instead push wildlife fertility control.

“[Killing programs] are difficult to execute safely in urban and suburban areas, and don’t result in long-term population reduction. Wildlife fertility control offers a humane way to manage deer populations where necessary and appropriate,” the Humane Society says on its website.

All deer meat collected during the population management efforts is processed and donated to local food banks, Nortrup said.

While the hunting efforts are underway, several roadways will be closed.

The following roadways, which are currently open only to pedestrians, bicyclists and other recreational users, are closed during deer management operations to all users from sunset until sunrise:

The following temporary road closures (5 p.m. to 4 a.m.) may also be in effect during deer reduction operations:

The following roads are currently closed for construction but will open in late December 2017 or early January 2018 and will not be closed for deer management operations:

Editor’s note: This story was updated to reflect the most recent deer population numbers from the National Park Service. 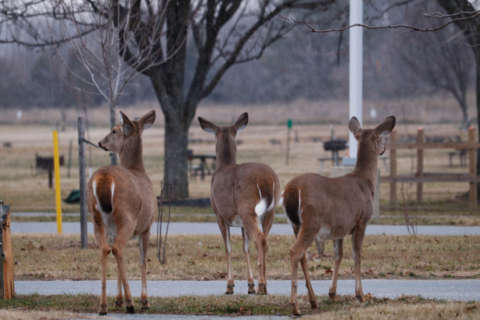 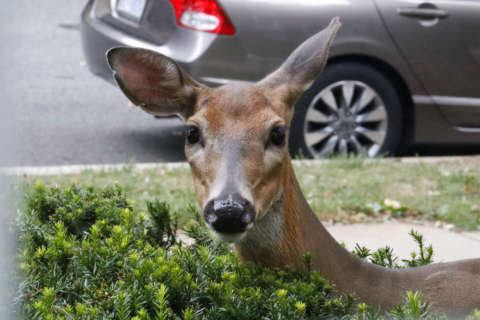 As deer enter mating season, drivers should be more aware of road