"This legislation would have an initial price tag of $2.5 million in year one," said D.C. Council's Committee of Education Chairman David Grosso. "Then, of course, it increases throughout the years."
Listen now to WTOP News WTOP.com | Alexa | Google Home | WTOP App | 103.5 FM

WASHINGTON — A bill that would provide free lunch for all students in D.C. public schools would carry a steep cost for taxpayers, council members revealed Thursday during a hearing in front of the D.C. Council’s Committee on Education.

“This legislation would have an initial price tag of $2.5 million in year one,” said Committee Chairman David Grosso. “Then, of course, it increases throughout the years.”

Under the bill, students would receive free lunch in public schools, public charter schools and some private schools that choose to participate.

“No child should go hungry in school,” said Council member Brandon Todd, the bill’s sponsor. “Students cannot learn or thrive in school if they are hungry.”

Many students already qualify for free or reduced-price lunches under federal guidelines, but other families report spending around $50 per student each month on lunch, Todd said.

“If you have multiple children, this can add up quite quickly,” he said.

According to Todd, the legislation would address “lunch shaming.” He said there is a stigma attached to students who do not have the cash to pay for meals.

School districts in other major cities, including New York, Boston and Detroit, offer free lunch for all.

However, some education leaders in the District are skeptical about going along with the proposal.

“The intent of the legislation is certainly understandable and has our students in mind,” said Hanseul Kang, D.C.’s state superintendent of education, who went on to voice concerns about the cost.

“Implementation of a wide-reaching bill such as this would require a significant increase in funding,” Kang said. “We have not been able to see a scenario where there would not be an increased cost.”

Kang suggested that the council may be better off working to “continue to maximize” federal reimbursement for meals rather than spending more money on the local level. 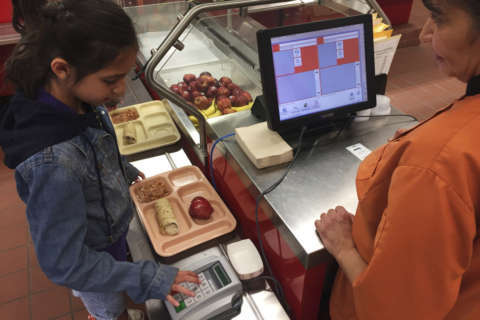 All DC students would receive free lunch under new bill