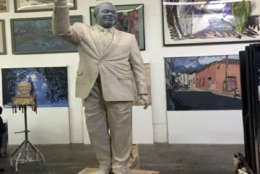 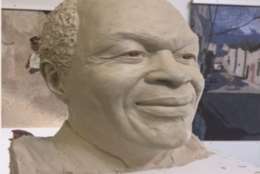 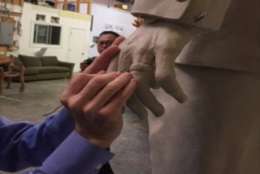 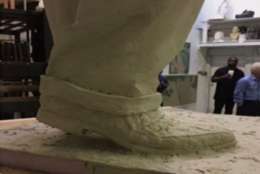 WASHINGTON — Nearly 3 years after Marion Barry’s death, a bronze statue of the legendary former D.C. mayor is taking shape, and photos released this week provide a sneak peak at what the memorial will look like.

Pictures from artists at Weitzman Studios in Maryland show a full-body clay model of Barry smiling and waving, wearing a suit and snakeskin shoes.

The model, completed last week, will be used to craft the 8-foot statue.

“The statue is intended to celebrate the life, accomplishments and contributions of Marion Barry,” said D.C. Council Chairman Phil Mendelson.

Barry served four terms as mayor and was known as the city’s “Mayor for Life.”

“The impact that Marion Barry had on the District is invaluable,” said Council member Vincent Gray. “Washingtonians continue to benefit from his efforts as mayor, a council member, civil rights activist and an incomparable leader.”

Council members discussed the memorial during a committee meeting Thursday and heard from executive director Arthur Espinoza with the D.C. Commission on the Arts and Humanities, the agency heading up the $300,000 project.

“We believe that we are in step with meeting our target deadline,” said Espinoza. “The clay bust was completed and approved in August and, along with the full model completed last week, was sent to the foundry to create a mold and for bronze casting.”

The whole process of creating the statue and putting on the finishing touches will take four-and-a-half months, according to Espinoza.

When the entire statue is completed, it will be installed outside the John A. Wilson Building along Pennsylvania Avenue.

The unveiling is set for March 6, which is Barry’s birthday.

“I look forward to the day when there is a dedication of this statue to commemorate somebody who made such an important contribution to this city,” said Gray. 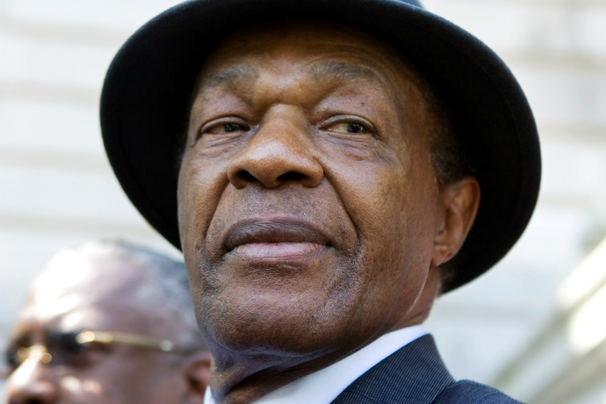