Recording an episode of “Comedians In Cars Getting Coffee” there was a small glitch at the end — the car wouldn’t start.

Two crew members for the show pushed the gold Citroen coupe down 18th Street, attempting to pop the clutch to get the engine going, but finally had to resort to breaking out jumper cables to get the car started so the comedians could drive away.

Before pulling off, someone shouted at the comedian whose car window was closest to the sidewalk: “Love you, Dave.” Chappelle responded: “Hey, love you man!” 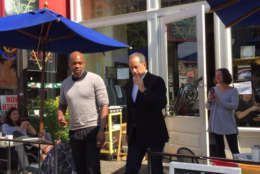 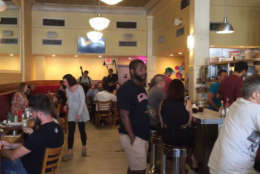 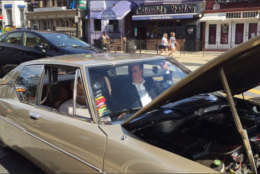 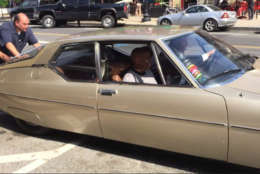 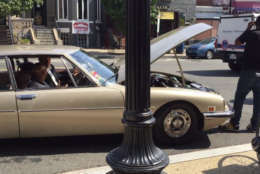 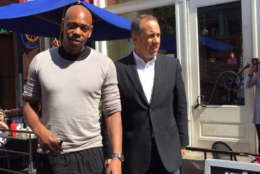 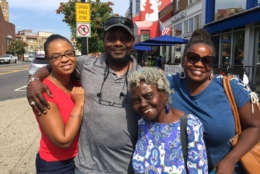 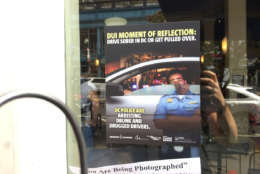 Approached by WTOP when exiting the diner, Chappelle remarked: “Oh, I remember them. I remember them,” referring to the news station. Reminding Chappelle of his Emmy Awards appearance shoutout to D.C. Public Schools that he attended as a child, Chappelle responded: “D.C.P.S. all day.”

A couple dozen people who were filmed in the Diner while the program was being taped needed to sign releases for their images to be used. Among them, two Catholic University students who were on a first date.

“It just added to the whole atmosphere. It was good food, good company and on top of it Jerry Seinfield was there,” said Alex Szymanski of New Hampshire.

A woman at the diner celebrating her birthday with family was delighted by the celebrity sighting.

“It’s good to see people that you admire in the flesh and see they look totally and completely real,” said Lonna Hooks, of D.C.

No word from the crew on when the episode will air.