Coronavirus News: Fairfax Co. votes to increase substitute teacher pay | Is it time to get a COVID-19 booster? Which one? | Local cases of COVID-19 | How many in DC region are vaccinated?
Home » Washington, DC News » Park Service using lasers… 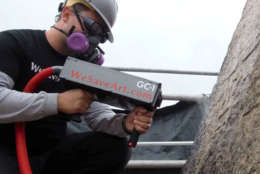 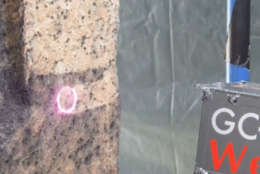 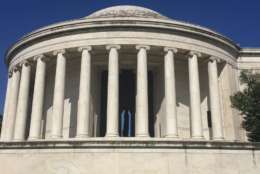 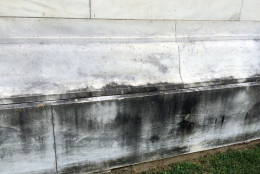 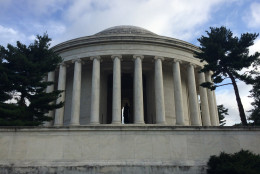 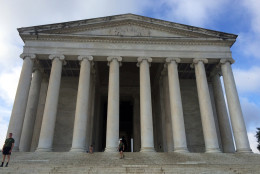 WASHINGTON — The National Park Service is testing a high-tech treatment using lasers to remove a grimy, black film that has plagued the Jefferson Memorial for years.

The park service contracted with a Chicago-based company to test its laser-ablation treatment on a portion of the monument in an attempt to remove the filthy-looking coating, known as biofilm.

The grime — a colony of microscopic organisms that sticks to stone surfaces — first began appearing in 2006 and has grown more noticeable in recent years, particularly on the monument’s roof, park service spokesman Mike Litterst told WTOP.

Starting next week, the Conservation of Sculpture and Objects Studio, Inc. will perform a test of its laser-ablation treatment on about 1,000 square feet on the northeast side of the memorial.

The full test will take about four weeks, but the park service said the results should be immediately noticeable.

“We’re then going to evaluate the effectiveness, see how it worked,” Litterst said. “And then ultimately determine whether that’s something that can be used to clean the entire dome and the upper levels of the memorial.”

The park service has been studying what to do about the slimy black growth since 2014. Last August, a team of conservators and architects began reviewing hundreds of potential solutions in a painstaking search for a treatment.

The laser treatment can remove the biofilm without damaging the memorial’s historic marble or using harsh chemicals, Litterst said.

“We do know that the laser treatment is, by far, the safest treatment for the historic marble of the memorial,” Litterst said. “It also has the advantage that unlike a traditional chemical treatment, we don’t have to worry about runoff going into the Tidal Basin. So, it’s not only safer for the fabric of the memorial, it’s safer for the local natural environment as well.”

The company performing the laser cleaning previously used its technique to clean the marble facade of the U.S. Supreme Court and the Cleopatra’s Needle obelisk in New York’s Central Park, Litterst said.

Litterst said the park service is still stumped by the biofilm’s precise cause and why it’s more pronounced in some spots compared to others. The grimy coating tends to colonize areas where stone is rougher and less polished, he said.

“That seems to give the biofilm a better place to take a hold on,” he said.

Biofilm has also made an unwelcome appearance at other monuments on the National Mall, including the Lincoln Memorial and the National Museum of the American Indian.

“It’s something that conservators around the country — and around the world — are grappling with, not just here at the Jefferson Memorial,” he added. 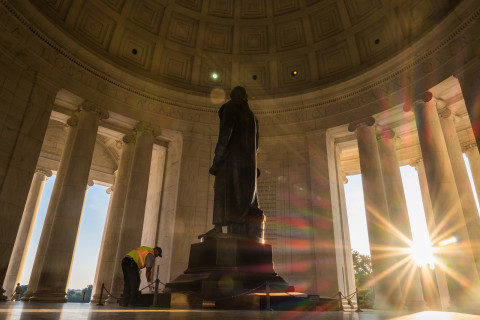