WASHINGTON — The man once convicted of killing former Washington intern Chandra Levy has been sent back to his native El Salvador.

Ingmar Guandique, 35, was charged and convicted in Levy’s 2001 disappearance, but eventually ended up in the custody of U.S. immigration officials after prosecutors dropped the charges against him last year.

Guandique, who illegally immigrated from El Salvador, became a suspect in Levy’s disappearance after admitting that he attacked two women in Rock Creek Park. He was convicted and was serving a prison sentence for those attacks when he went to trial for murder charges in Levy’s death. In 2011, he was convicted, but the charges were dropped last year after questions were raised about the credibility of a witness’ testimony against Guandique.

He was deported to El Salvador on Friday, according to U.S. Immigration and Customs Enforcement, which also said that Guandique is a “documented MS-13 gang member.“

The Levy case drew widespread attention and former Rep. Gary Condit, D-Calif., at one point came under scrutiny in her disappearance. He was eventually cleared in the case, although revelations that he had an affair with Levy ended his political career. 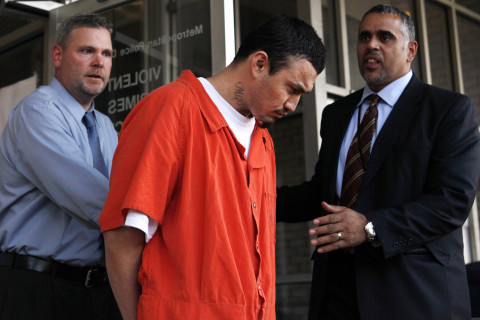 Case dismissed against man convicted in death of Chandra Levy