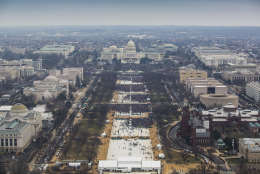 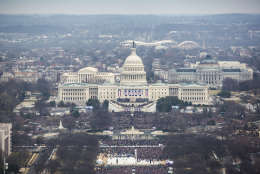 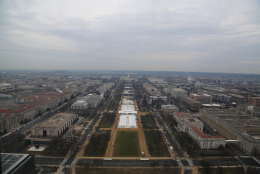 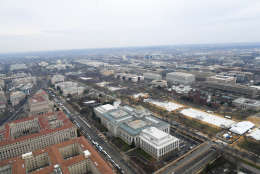 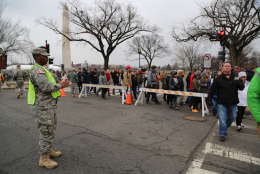 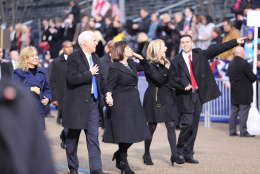 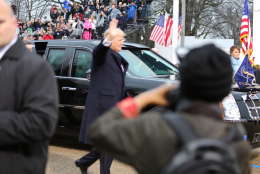 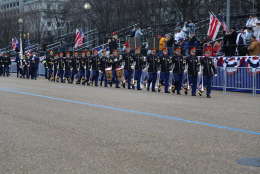 WASHINGTON (AP) — The National Park Service on Monday released dozens of photographs of President Donald Trump’s inauguration that appear to counter Trump’s claim that up to 1.5 million attended the event at the Capitol and National Mall.

The photos released by the Park Service do not contain captions explaining what time they were taken. However, the “metadata” associated with the photos indicate most of the crowd shots were taken either directly before or shortly after the noon swearing-in.

The photos clearly show crowds gathering near the Capitol’s West Front stage for the ceremony. Crowds did not extend to the Washington Monument as Trump later asserted. Large swaths of empty space are visible on the Mall.

Why were the photos released more than a month after Trump’s inauguration? Park Service spokesman Mike Litterst said it’s the agency police to publicly post any material that is requested three or more times under FOIA. Litterst said the park service received at least a dozen requests for the 2017 photographs.

White House press secretary Sean Spicer claimed that news media photos of the inauguration were “intentionally framed in a way…to minimize the enormous support that had gathered on the National Mall.” The park service photos are from a variety of angles, both from the air and on the ground.

Photos taken during Obama’s 2009 inauguration showed substantially more people on the Mall than during Trump’s swearing-in.

Spicer said the audience at Trump’s inauguration “was the largest audience to ever witness an inauguration — period — both in person and around the globe.”

The exact size of the crowd at the Jan. 20 swearing-in may never be known. The National Park Service stopped providing crowd estimates in the 1990s.

It is not known how many people watched the ceremony on television and online worldwide. In the U.S., Nielsen estimates 31 million viewers watched TV coverage, but that’s less than Obama’s and Ronald Reagan’s first inaugurations.