Holidays: Where to see holiday lights | Santa's back with inflation, inclusion on his mind | 4 ways to limit your holiday debt | Inflation 'definitely a guest' at holiday celebrations this year
Home » Washington, DC News » 1 arrested in artist's…

D.C. police have arrested a suspect in the slaying of a North Carolina woman, who was fatally stabbed in a row house near Capitol Hill last week.
Listen now to WTOP News WTOP.com | Alexa | Google Home | WTOP App | 103.5 FM

WASHINGTON — D.C. police have arrested a suspect in the slaying of a North Carolina woman, who was fatally stabbed in a row house near Capitol Hill last week.

Police identified the suspect as 28-year-old El Hadji Alpha Madiou Toure, of no fixed address, and said he was arrested Monday. He’s been charged with first-degree murder in the death of 34-year-old Corrina Mehiel, an artist visiting D.C.

Mehiel was last seen at the Corcoran Art Gallery two days before her body was found in the Northeast D.C. row house March 21. Police said she had been bound and stabbed to death.

On Monday, police released images of a person of interest sought in connection with Mehiel’s death captured by surveillance video. 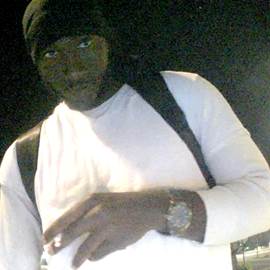