WASHINGTON — A federal grand jury Thursday indicted the 28-year-old man accused of carrying an assault rifle into a D.C. pizzeria and firing multiple shots while he looked into a fake news story about child sex trafficking being run out of the restaurant.

Edgar Maddison Welch, of Salisbury, North Carolina, was indicted on three charges, including a federal count of interstate transportation of a firearm with the intent to commit a crime, the U.S. attorney’s office for D.C. announced Thursday afternoon.

Welch also was indicted on two local charges, including assault with a dangerous weapon and possession of a firearm during the commission of a violent crime.

No one was injured in the Dec. 4 incident at Comet Ping Pong pizza restaurant on Connecticut Avenue in Upper Northwest D.C. But prosecutors say Welch pointed the AF-15 assault rifle at an employee and sparked terror inside the restaurant.

Prosecutors say Welch spent hours watching YouTube about the online conspiracy theory known as “Pizzagate,” planned for the possibility of a “violent confrontation” and tried to recruit two to help him “raid” the restaurant, according to federal charging documents presented in court earlier this week

In one text message to a friend, Welch said his plan was “possibly sacraficing (sic) the lives of a few for the lives of many,” according to the charging documents.

Welch is scheduled to appear before Magistrate Judge G. Michael Harvey Friday at 9:30 a.m. for an arraignment and detention hearing. 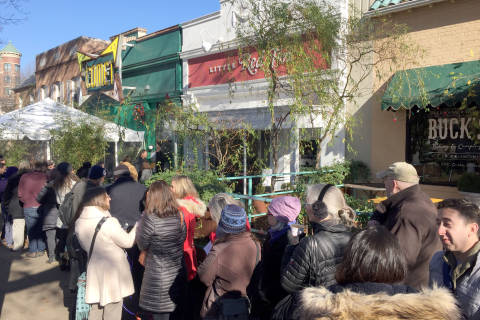