Home » Washington, DC News » A visit to the…

A visit to the Smithsonian’s African American history museum

A preview of the Smithsonian’s National Museum of African American History and Culture, which opens Saturday after nearly four years of construction and more than a century of various efforts to commemorate that history.
(1/7) 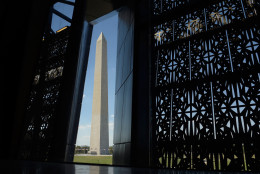 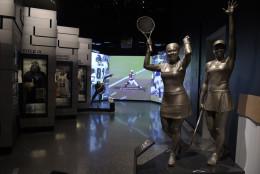 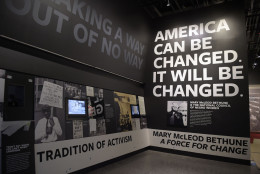 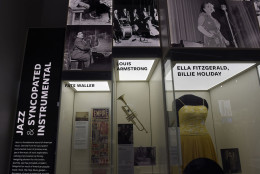 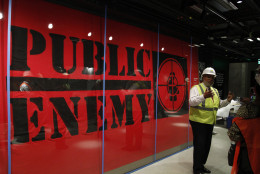 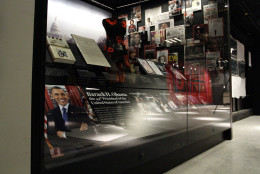 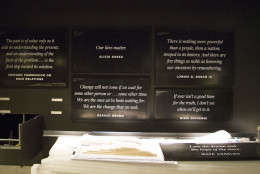 WASHINGTON — After nearly four years of construction and more than a century of various efforts, the National Museum of African American History and Culture opens on the National Mall on Saturday.

The opening ceremonies, including a formal dedication by President Barack Obama, begin at 9 a.m. The museum opens to the public at 1 p.m. Timed passes are required for entry to the museum, and they were snapped up weeks ago. As of Friday morning, the next available passes were for Nov. 15.

The festivities (all of which are free of charge) include the Freedom Sounds festival – three days of music on the Washington Monument grounds. Friday’s program runs from noon to 5 p.m.; Saturday’s shows are from 1 to 5 and from 6 to 9, the latter featuring The Roots, Public Enemy and Living Colour; Sunday’s music is on the same schedule, with the second concert featuring Experience Unlimited, Meshell Ndegeocello and Angelique Kidjo. EDITOR’S NOTE: WTOP’s Allison Keyes attended a tour of the museum Sept. 14, and spoke with some of the curators and officials about the museum and its exhibits. All photos can be enlarged by clicking on them.

Among the artifacts collected and preserved by the museum are 39 belongings of abolitionist and Underground Railroad conductor Harriet Tubman, including her hymn book. If you open it gently, the pages fall open to her favorite songs, including “Swing Low Sweet Chariot,” which was performed at her funeral.

“We have her fork and knife,” says NMAAHC’s John Franklin. “We have her funeral program. We have the lace shawl that Queen Victoria gave her.”

The beautiful shawl and hymn book are on display together, in a glass case. People at the preview day stopped to stare, entranced by things that belonged to a woman who escaped slavery and helped hundreds of other enslaved people escape bondage. The museum also has images of Tubman that almost no one has seen.

It’s all part of the more than 3,000 on display in the 12 inaugural exhibitions, including Slavery and Freedom, where Tubman’s items can be seen. He says that much of the museum’s collection of 37,000 items was donated by families across the nation who gave up their own treasures, because they wanted their stories to be told.

She’s talking about the emotion she felt as she walked into the museum, where she is culinary ambassador for the facility’s Sweet Home Cafe. Hall says some of the items on the menu mirror the migration of African Americans, including from the South and the Creole coast.

“Shrimp and grits — grits [are] very important in the South — Brunswick stew,” Hall ticks off.

“You have just as much of an exhibition in the cafe as you do in the museum,” Hall says.

She adds that there are tables where people can gather, reflect and discuss things, the way you would at the table at home. Hall says the dishes tell the story of the black people who have migrated through the nation.

“We want to make the whole concept of segregation and discrimination not abstract, but concrete and real,” says Spencer Crew, a curator at the museum. “We want to make people understand what that meant in … the lives of African-Americans in this country.”

That means understanding what “separate but equal” really meant for blacks.

“You were seen as different; you were seen as not the same level of importance as other individuals and it was something that was put in your face whenever you would travel, especially on a train,” Crew explained.

He said segregation dashed the hopes of blacks who thought they would be treated equally after the end of slavery.

“It meant a whole new set of challenges and struggles they faced in order to make the country really adhere to the idea that everyone is a citizen, and [that] everyone who is a citizen has certain rights that must be respected,” Crew said.

He added that the struggle continues today.

THE SLAVE CABIN used to be at the Point of Pines Plantation, on Edisto, SC. A team took it apart, piece by piece, and rebuilt it inside the museum.

“It was like seeing a person come back to life,” says Mary Elliott, a museum specialist. She stood inside of it before it was reassembled.

“Even without the siding, I could see the walls. I could feel the people; I could hear their voices. That was powerful,” Elliott said.

Curator Nancy Bercaw says the Slavery and Freedom exhibition, where you can see the cabin, focuses on the human story, not the story of blacks or whites alone.

“It’s obviously a shared experience. What would happen if you were put in this particular situation? What does it mean to wake up one morning and have your infant child taken away from you? That’s not something that’s just black or white,” Bercaw says, adding that when the exhibition was being put together, “what we thought about long and hard [about] was always to go for what was profoundly human.”

Bercaw says it’s a shared history, and she wants people who visit this gallery to feel the human cost.

CHUCK BERRY’S CADILLAC is also here. So is Michael Jackson’s fedora from his 1992 Victory Tour. But many other artifacts will make you think, or cry, instead of smile and sing. There are lunch-counter stools from Greensboro, North Carolina, where demonstrators held nonviolent sit-ins to desegregate a department store.

“It speaks to a young generation saying, ‘We no longer want things to go slowly; we want them to go faster,'” Crew said. “‘We’re going to stimulate that by sitting in and refusing to comply with the law to say the law is wrong and you need to change it.'”

He pointed out many things he thinks people should see inside the museum, including a Tiffany clock from the 19th century that once adorned the outside of a Nashville bank owned by black businessmen who couldn’t get loans elsewhere.

“I think it will surprise people to see the kind of steps the African-American community was willing to take and able to take to address their own needs and their own issues,” Crew said. But he notes these are just two of the more than 3,000 items on display in 12 exhibitions. 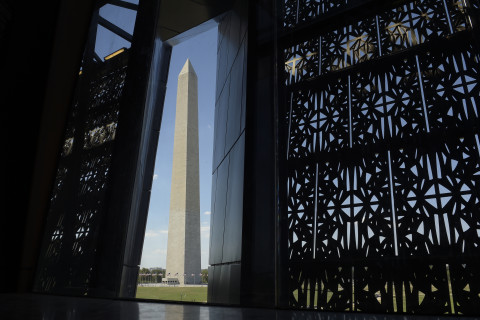 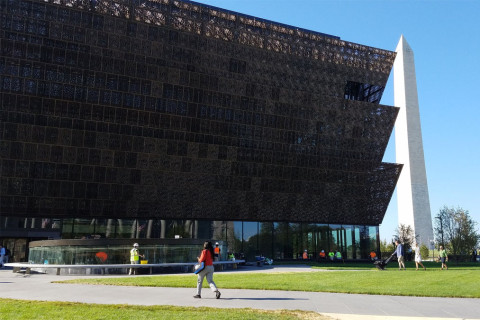 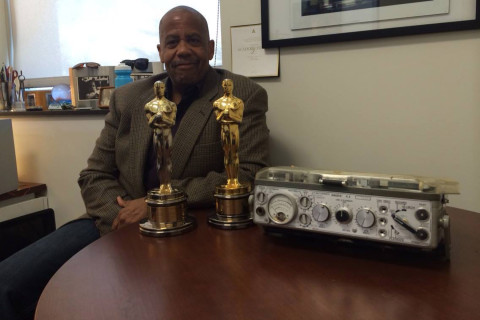