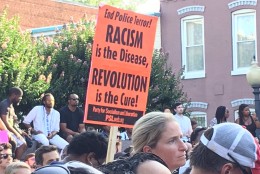 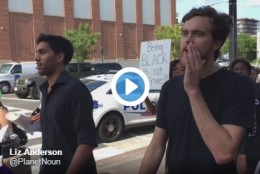 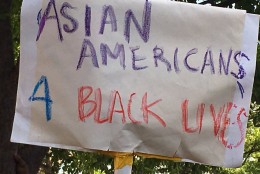 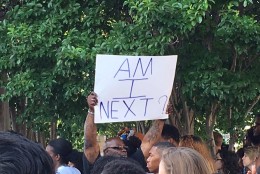 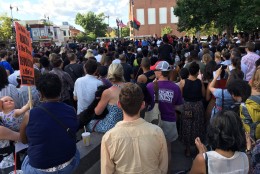 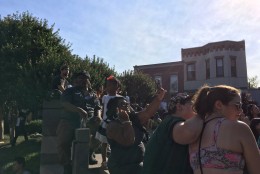 WASHINGTON (AP) — Local residents are taking part in rallies and gatherings following the recent police shootings of black men in Louisiana and Minnesota as well as the killings of five police officers in Dallas.

A rally for peace and justice was held Sunday at Freedom Plaza near the White House. The rally, which was organized by local churches, included some speakers that were religious leaders as well as some members of the law enforcement community.

Attendees were asked to “take a stand against injustice” by committing to do seven things, including becoming more informed about community issues and expressing “support and appreciation for the sacrifices that most law enforcement officers make on my behalf.”

A prayer vigil was also held later in the day at the African American Civil War Memorial.

Hundreds gathered there with calls for action to take steps to end police brutality.

“We have marched, we have rallied, we have sung, we have prayed. Now the time has come to organize collectively and change the law,” said Jonathan Newton, president of the National Association  against Police Brutality, as he addressed the crowd.

“When somebody deprives you of your civil rights, recklessly, and I say that intentionally, recklessly, that they be criminally sanctioned,” he said.

Newton is a third year student at the University of the District of Columbia’s David A. Clarke School of Law.

After the vigil, he told WTOP the goal is not “to prosecute every officer who uses a gun in a situation. We’re here to prosecute people who continue to do this stuff in ways that are not conscionable.”

Speakers also stressed the importance of civic engagement at the local level. While noting the fervor and attention surrounding this year’s presidential election, there was encouragement to look closer to home to see noticeable changes.

There were also  pleas for the diverse crowd to get involved with their local governments, get to know their city council members and to research candidates and vote in all local elections.