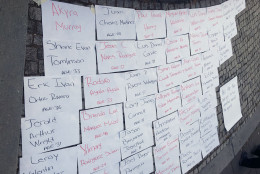 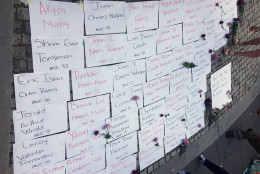 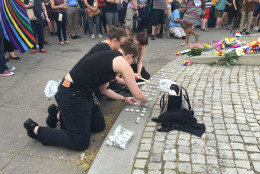 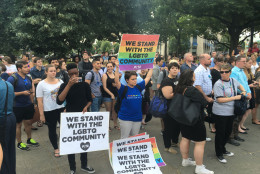 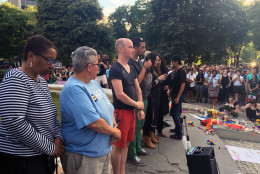 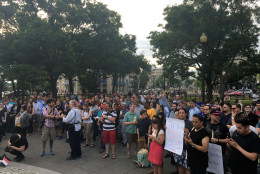 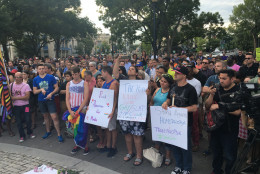 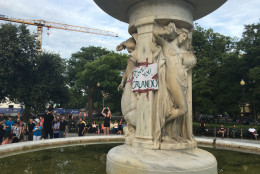 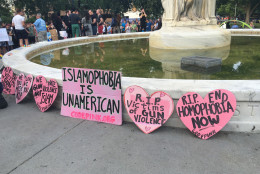 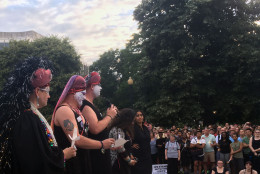 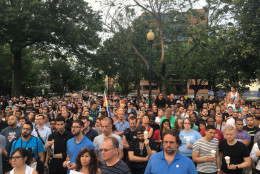 WASHINGTON — Members and supporters of the LGBT community gathered in D.C.’s Dupont Circle to remember the victims of the mass shooting in Orlando.

Holding candles and signs, the crowd was silent as the names of the 49 victims were read aloud.

Daniel Ferra grew up in Orlando and says some of his friends perished in the shooting rampage while others remain unaccounted for.

Some of speakers called for the crowd to honor the dead by loving one another and living their lives.

“We are taking control and we are standing up for ourselves,” said Sister Seduse Paula Tishen with the DC Sisters.

Other speakers called for tougher gun laws and for the stop of what they called the spread of Islamophobia and homophobia in the America.

There were also calls for the hundreds in attendance to not live in fear and to be brave after what took place.

“Yes it’s OK to be afraid, but let’s not be paralyzed,” said Lisbeth Melendez Rivera.

Faces of the Orlando victims