A D.C. Fire lieutenant facing disciplinary action after a delayed response to help a choking boy will be allowed to retire without being disciplined.
Listen now to WTOP News WTOP.com | Alexa | Google Home | WTOP App | 103.5 FM

WASHINGTON — A D.C. Fire lieutenant facing disciplinary action after a delayed response to help a choking boy will be allowed to retire without being disciplined.

His retirement comes after a D.C. law passed last March was supposed to prevent firefighters under disciplinary investigation from retiring or resigning until the process is complete. According to D.C. Fire, the department has failed to adopt the required regulations.

D.C. Fire spokesman Tim Wilson said the lieutenant — whose name hasn’t been released — filed his paperwork to retire in December, and will be able to receive a full pension.

The firefighter was at the center of an investigation into the response to a March 13, 2015 call to 911 about a 1-year-old boy who was choking on a grape at a home on Warren Street Northwest.

The closest paramedics were at a station three blocks away, but because the nearest engine had disconnected from the department’s computer network, they were not assigned to the call. An ambulance from farther away was instead sent to the call, according to an internal report released by Mayor Muriel Bowser’s office.

The lieutenant faced charges of neglect of duty, incompetence and unreasonable failure to assist the public for not letting dispatchers know the unit at his station was available.

The report also alleges that the initial call for help was heard at the station, but the crew was told stay at the nearby Tenleytown station because they were not assigned to the call. The fire truck eventually responded, about 12 minutes after the initial 911 call came in.

The child was taken to the hospital, where he died several days later.

This was one of several high profile cases involving Fire and EMS crews in the District which involved delayed response times or failure to help residents in need. 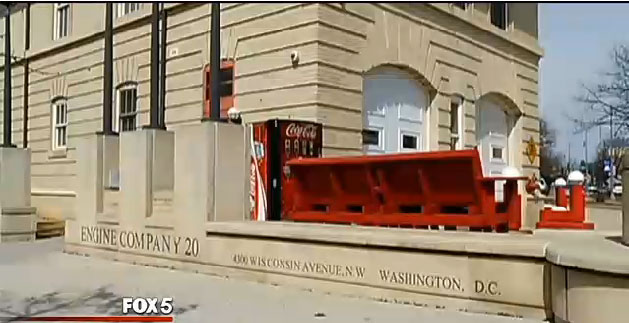